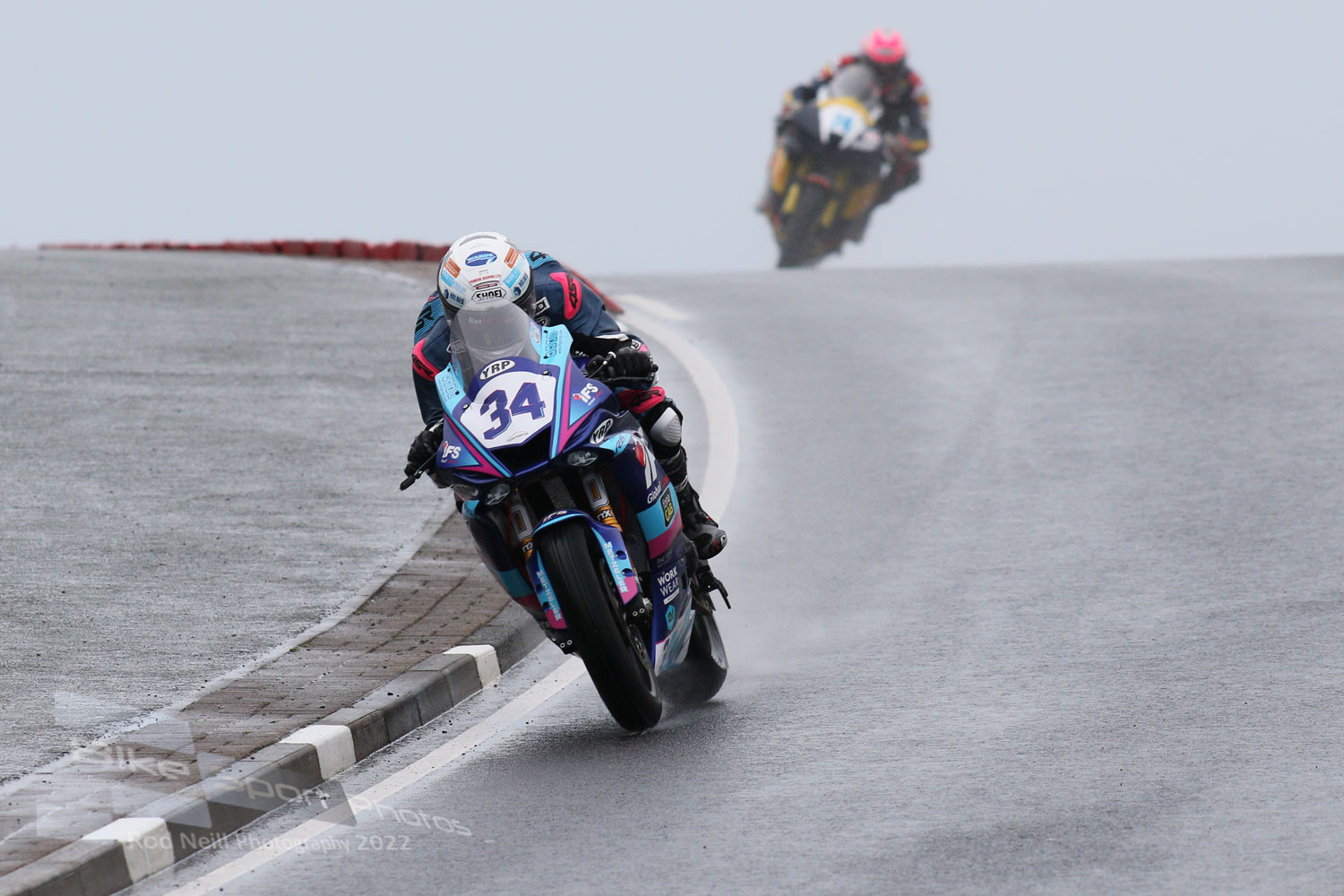 Pole sitter Alastair Seeley got the hole shot and led into York Hairpin before Milenco by Padgetts Davey Todd grabbed the race lead.

Seeley by lap one’s conclusion was back into the lead and was 0.604 ahead of former IRRC Superbike Champion Todd.

Just as lap two commenced, red flags unfortunately entered the horizon around the Triangle course, following an incident occurring at the Magherabuoy Chicane.

Post the conclusion of lap one, Seeley headed Todd by just 0.294, veteran McWilliams was just a further 0.154 in arrears.

Padgetts Todd was soon back into the lead ahead of Seeley with McWilliams back in third.

By lap two’s completion, Seeley returned to P1, 0.676 ahead of Todd. McWilliams remained third just ahead of Tobermore’s McLean.

Lap three saw Seeley, Todd continuing to swap the lead, the stage was well and truly set for a Grandstand finish.

The opening of the fourth and final lap saw McLean run straight-on up the slip road whilst McWilliams via a stern move took Todd for second at York Hairpin.

The answer was no as Seeley kept his cool, going onto emerge victorious by almost two seconds over gallant runner-up Todd.