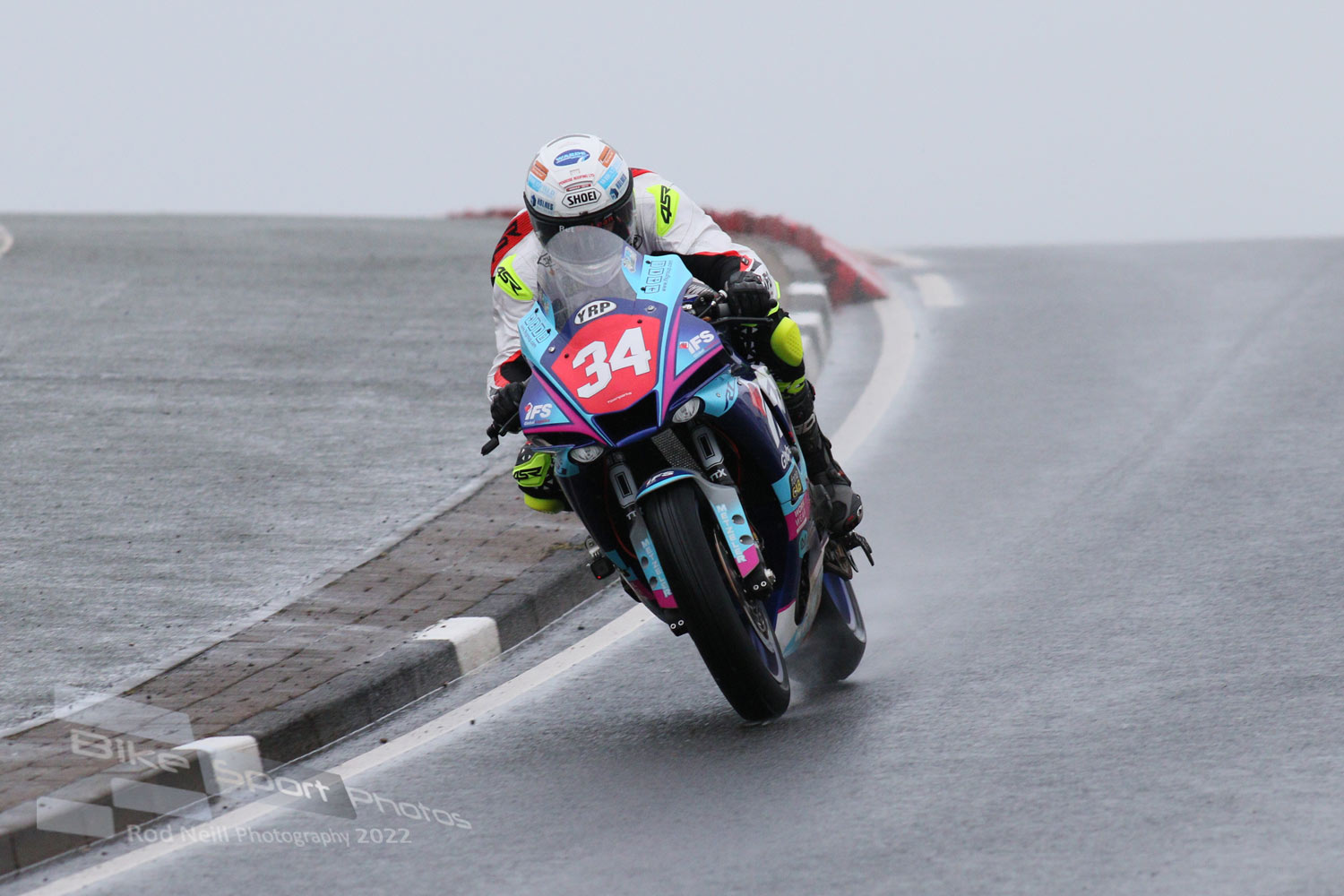 Wet conditions all-round remained for the six-lap Turkington Superstock race, which would not feature pole-sitter Glenn Irwin, who elected not to take part due to the course conditions.

Despite the high-profile absentees from the grid, the race action wasn’t any less spectacular, intriguing.

By the time racers reached University Corner, Milenco by Padgetts Davey Todd had taken the lead off Seeley.

Soon Seeley was back in front, overhauling the UK’s second IRRC Champion Todd.

Lap two would see Seeley continuing to keep a grip on the race, keeping at bay the attentions of Todd.

Post lap two’s finalisation, Seeley was four seconds ahead of Todd, who in turn was only 0.27 clear of Cooper.

Seeley continued to extend his lead over Todd on lap three, with the advantage standing at mid race distance exceeding 5.1 seconds.

Seeley never looked back from here, enjoying as he took the chequered flag at the end of the sixth and final lap, a race winning advantage of almost thirteen seconds.

It’s his 26th NW200 victory, yes you read that right, another historic moment for the Carrickfergus racer.