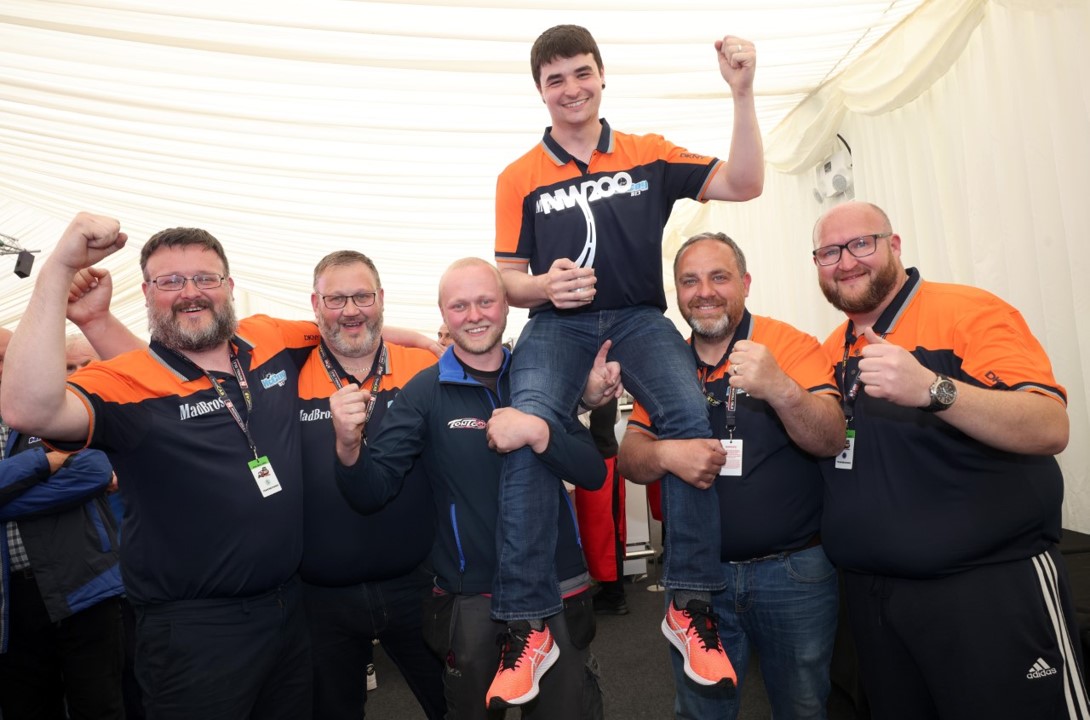 MadBros Racing’s Gary McCoy followed in the footsteps of the likes of Peter Hickman and Richard Cooper by scooping the lead Triangle course newcomer accolade at the returning FonaCAB & Nicholl Oils North West 200.

After a day off from competition, yesterday’s record-breaking race day would yield more positive feats for McCoy, who made his pure road racing debut last year at Oliver’s Mount Scarborough.

Banking three top 15 finishes including a best run to eighth in the final Super Twins encounter, along the way he recorded a best lap speed of just shy of 112 mph, lapping at 111.799 mph, equating timing wise to 4 minutes 48.840 seconds.

Another next gen racer to make his mark this year on the coast roads, Donaghmore’s McCoy will most definitely be one to watch in the future at Northern Ireland’s biggest sporting event.