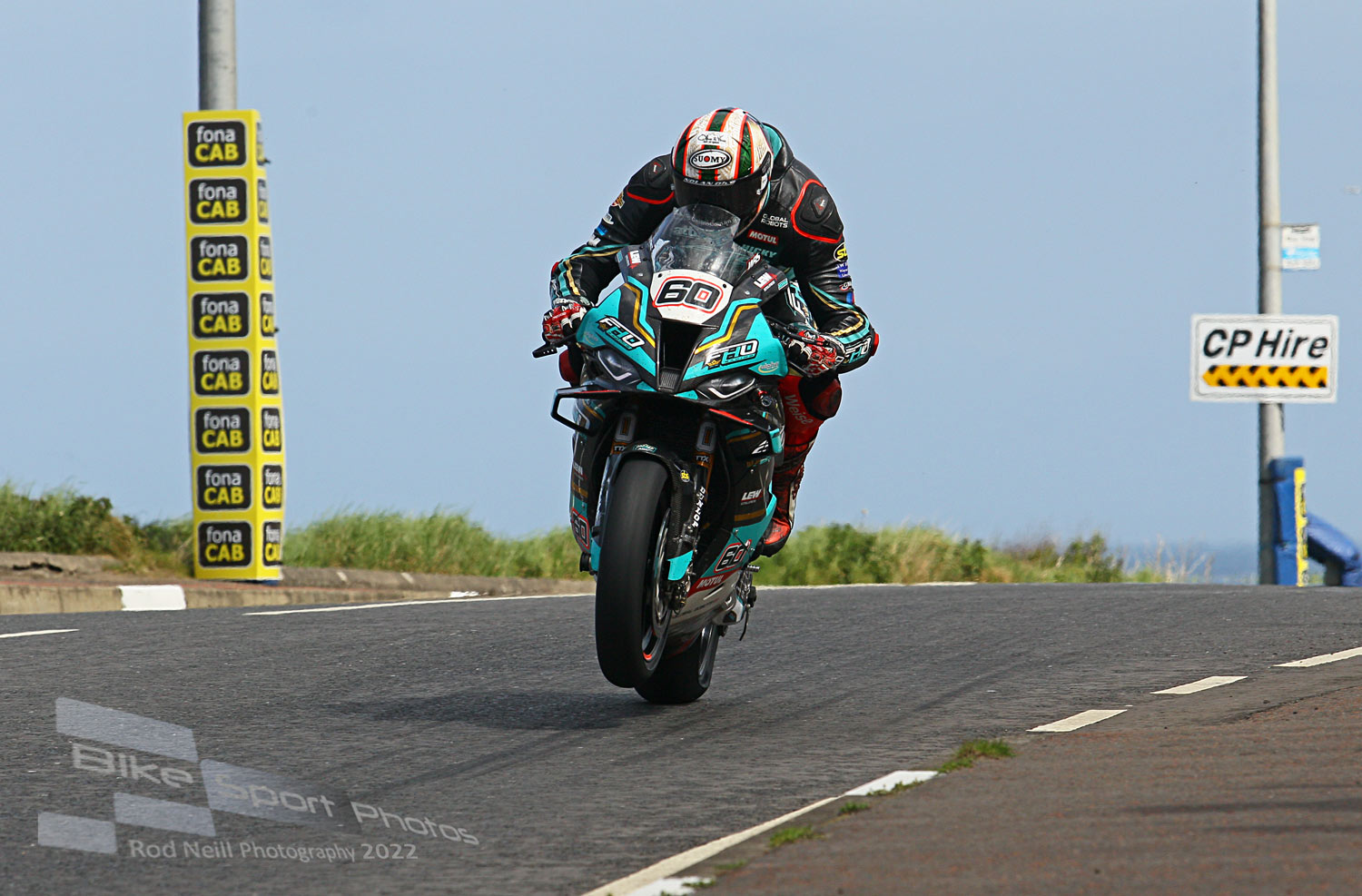 During the Anchor Bar Superbike race, FHO Racing’s Hickman lapped at 124.799 mph, which equates in timing terms to 4 minutes 18.753 seconds.

* Michael Sweeney thanks to a new PB lap speed of 120.075 mph is now the Republic of Ireland’s fastest NW200 exponent.

* DAO Racing’s Dean Harrison was the only Kawasaki mounted racer to claim a podium finish from the 600cc/1000cc races.

* Fastest competitors per class through the speed trap on the journey down to University Corner, were the following: