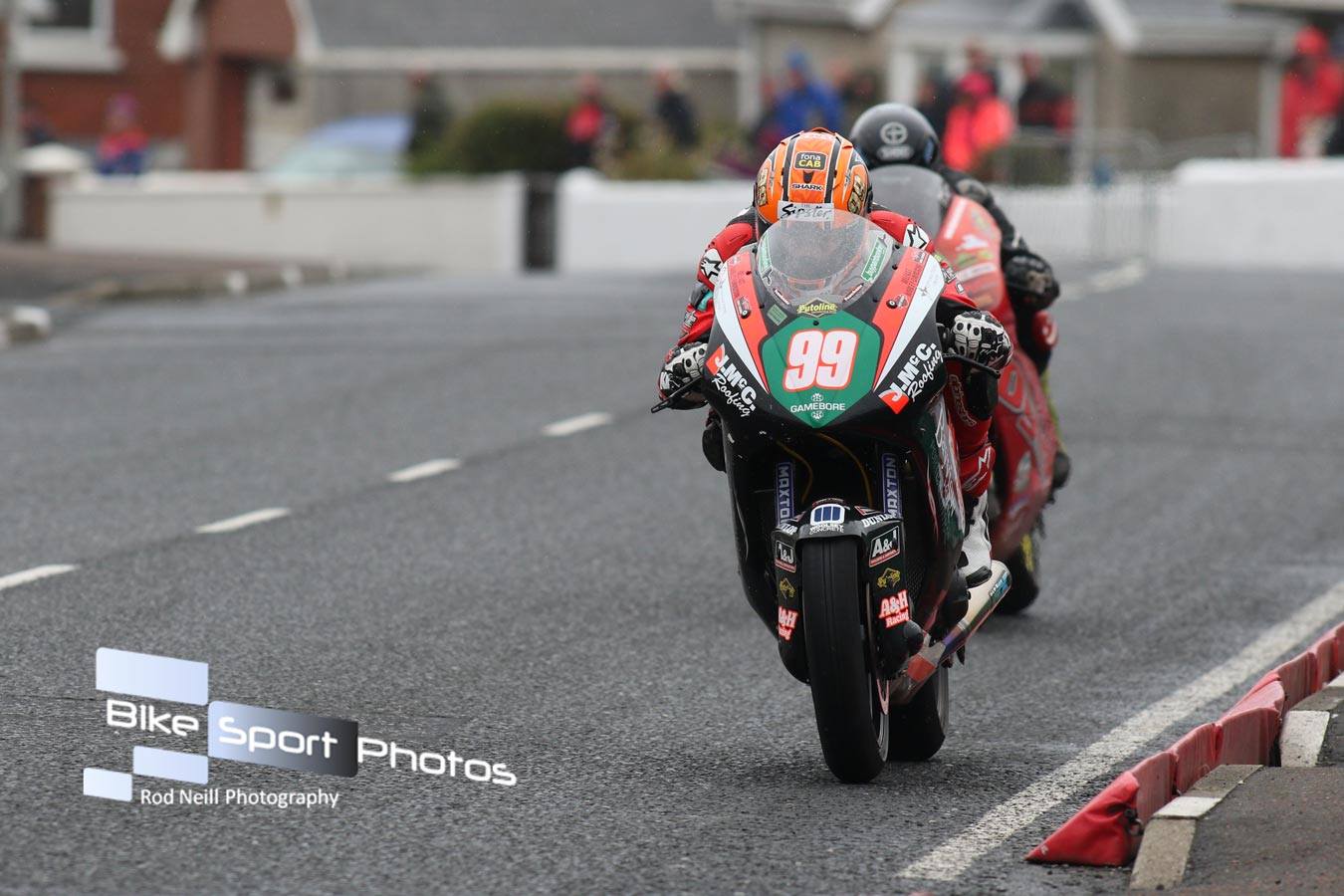 With lead team rider Michael Browne side-lined from competitive action due to ankle injuries, sustained post a first lap incident in the Open (A) race at Cookstown, John Burrows squad have been forced into last minute rider line-up changes for the FonaCAB & Nicholls North West 200.

Having forged an agreement, it’s top racing all-rounder McWilliams who will be at the controls of the teams’ YZF R6 Yamaha.

Largely focused over past NW200’s on the Super Twins category, McWilliams is never to be underestimated and could spring a surprise or two next week.

Speaking recently about his link-up with the BE (Burrows Engineering)/RK (Richardson Kelly) Racing outfit, he stated via the teams’ Facebook page:

“I’m chuffed to be riding one of John’s bikes next week at the Northwest, I have known John for many years and we are good friends, so when he asked me to ride for him I was more than happy to take the opportunity.

Unfortunately for his full-time rider, Mike, he is obviously recovering from his injuries and I feel for him as I am sure he would like to be lining up on the grid next week but I wish him a speedy recovery and hopefully he is fit for the TT.

In the meantime, we will carry on the campaign and I am hopeful of a decent result on the 600 next week on what I know is a well sorted machine and I am looking forward to working with John and his team.”

“I am delighted to have Jeremy join the team for the Northwest 200. As long as I have been following racing, I have always admired his talent and skill on a bike and still do to this day.

I have only ever attended one Grand Prix and it was the only one Jeremy won at GP level on the 250 at Assen in 99.

I am under no illusions as to how tough the 600 class will be next week; however, I honestly feel as if Jeremy will give a great account of himself in Thursday and Saturday’s races and I am really looking forward to working with him.

Obviously, I was looking forward to coming here with Mike but its not be this time and we are still hopeful he is fit for TT.”