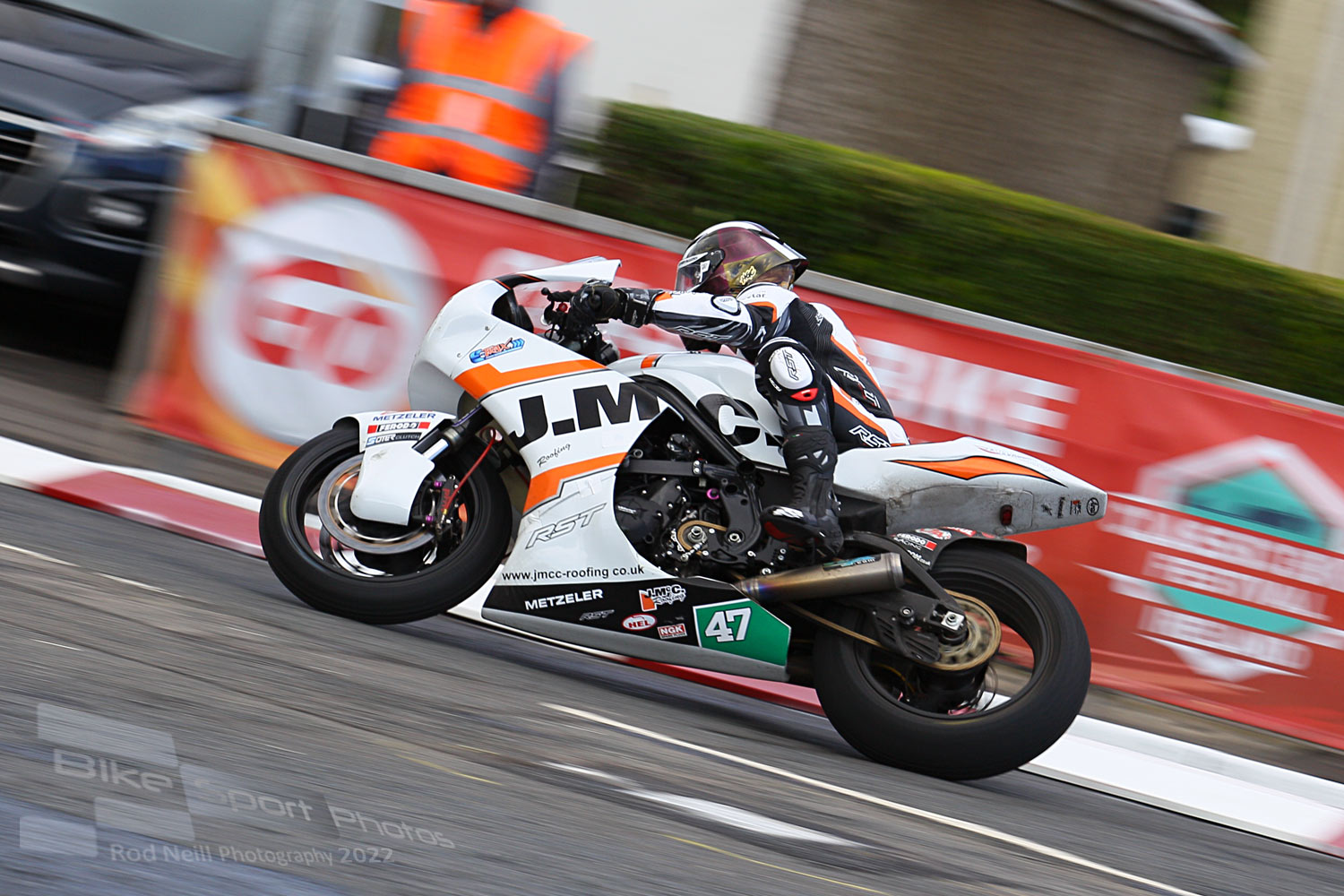 Following a potent burst of rain, in between conditions were in prospect for Super Twins North West 200 class entrants, as their opening timed qualifying stint entered the horizon.

Cooper’s lap time of 5 minutes 19.450, gave him an advantage of 0.346 over IRRC Supersport Champion Yves Bian.

23 minutes into the session, Martimotos supported Yves Bian, fresh from racing in Italy went back to provisional pole, lapping at 5 minutes 18.256 seconds.

With the weather turning more inclement, Cooper’s best lap time (5.14.212) towards the session’s end, remained the time to beat.

The impressive Yves Bian finished 4.044 in arrears to Cooper whilst third quickest was Jeremy McWilliams and the IFS/Bayview Hotel backed S1-R Paton.