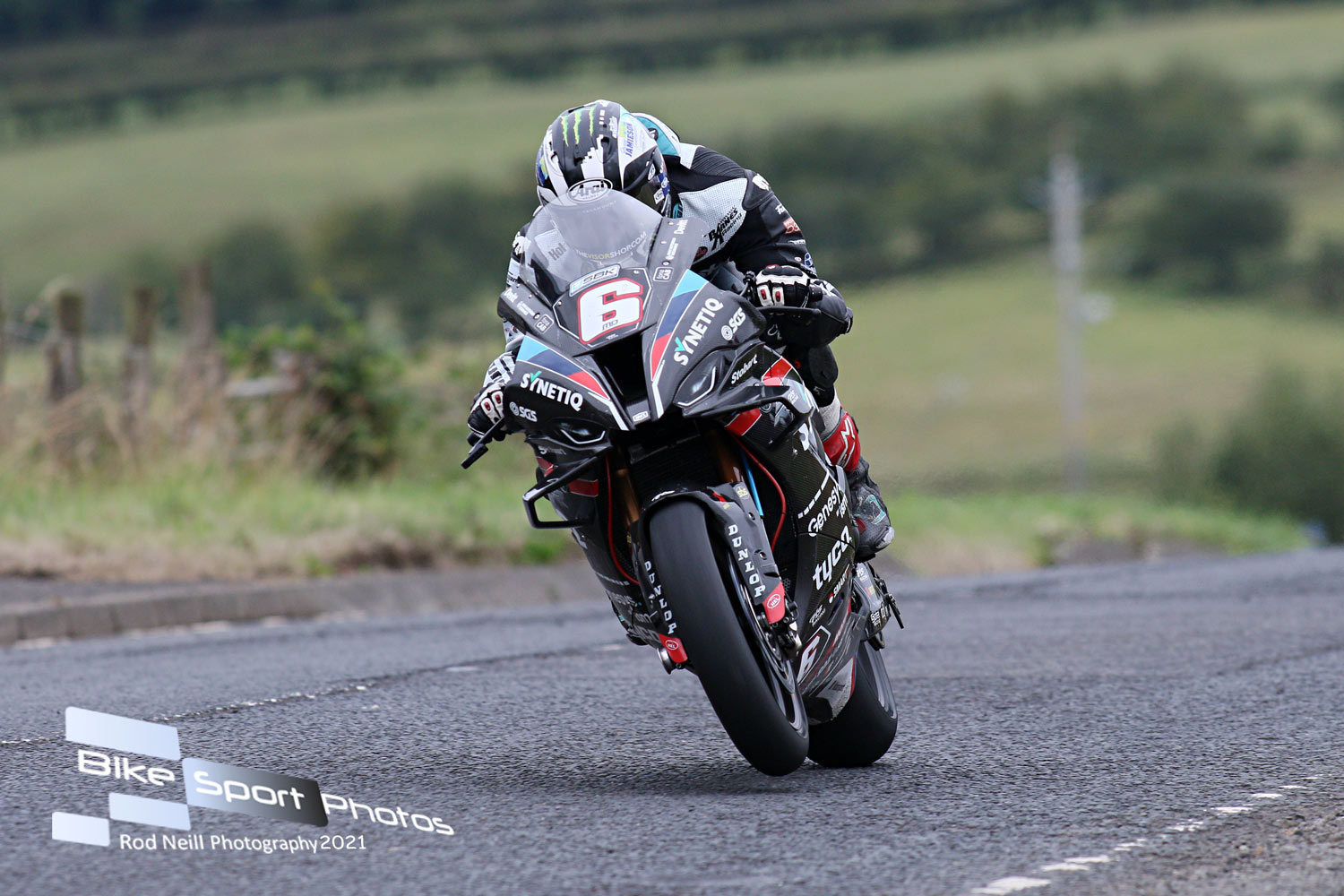 Nine successive Race of Legends victories at Armoy, seems scarcely believable. Well Michael Dunlop has proved this is possible and some via yet another scintillating performance.

Post a lengthy delay exceeding an hour following an incident during the original race start warm-up lap, Dunlop was quickly back into the groove for the second race start, moving ahead by lap two ahead of early leader Derek McGee.

The rest of the race would see Dunlop and the Synetiq BMW prove simply to strong. At the end of lap four he held a lead of almost five seconds then expanded the lead to nine seconds plus by the culmination of lap six.

BE Racing In Conjunction with Richardson Kelly Racing’s Michael Browne took sixth whilst positions 7th through to 10th were occupied by the following: