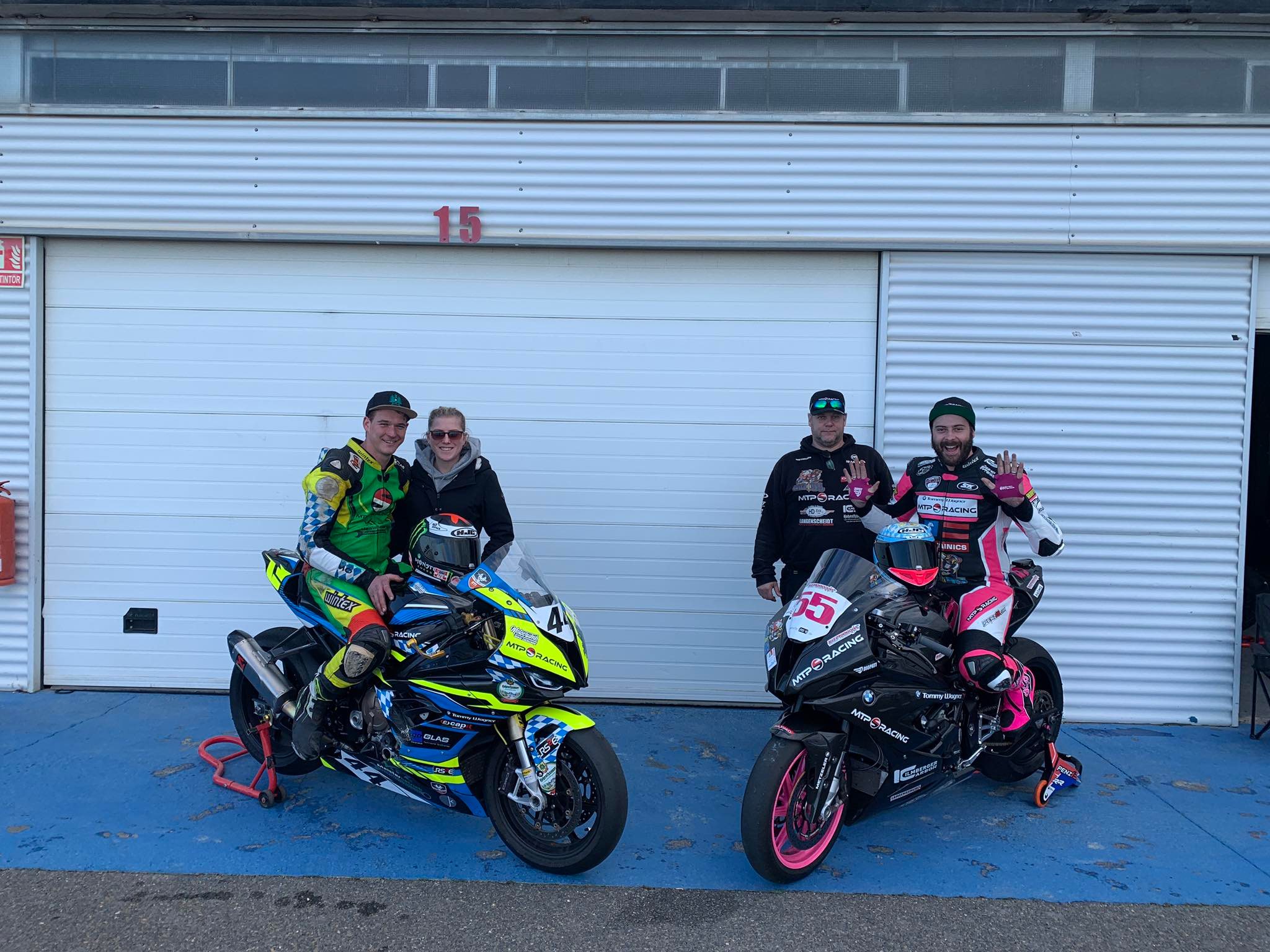 Gaining the right set-up with machinery during pre-season test sessions, is crucial for all teams/riders to give themselves decent or better chances of achieving their ambitions for the forthcoming roads season.

With this in mind, it’s good to report that the MTP Racing squad left Spain last week in a positive train of thought, having made the most of the track time available at Andalucia, Almeria race circuits.

David Datzer who joined last year the IRRC winners circle, was testing the new Superstock S1000RR BMW mount that will take to the fabled, mythical Mountain Course at the 2022 TT Races.

Datzer who is set to compete under the Penz 13 BMW banner for the TT and North West 200, placed fifth quickest overall at Almeria, registering on the last day of testing a best lap time of 1 minute 39.823 seconds.

Improving event on event, Schwimmbeck is one of a group of determined, driven next generation IRRC pilots keen to strike an impression upon Europe’s top real road racing based series.

For above showcased team-mate Datzer, expectations are high for the season ahead having secured arguably his strongest machinery line-up to date.

Widely tipped to be a regular contender for IRRC Superbike triumphs throughout 2022, he and suitors MTP Racing/Syntainics Racing are counting down the days till competition commences in late April at the Hengelo based Varsselring.