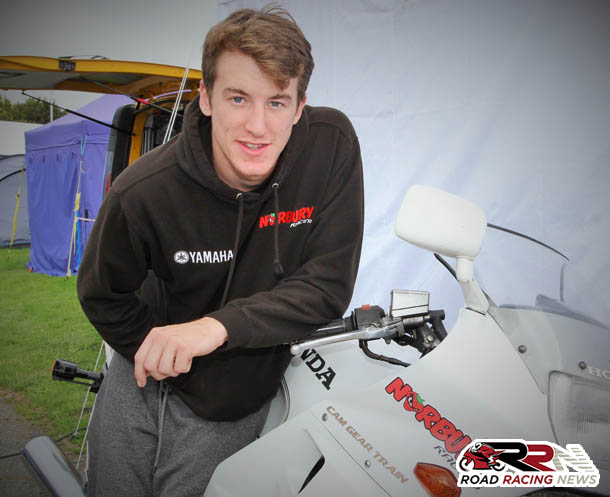 Next generation road racer Mike Norbury is enjoying his maiden Manx GP voyage, as he continues to build up his pace, speed and knowledge of the Mountain Course.

Lapping close to the 113 mph mark during practice week, the Manchester based rider has stated that he’s loving all parts of the world famous 37 and three quarter miles roads course, aboard his own teams YZF R6 Yamaha which carries backing from Breathing Buildings and ECTA Racing.

In particular he’s feeling at home at Ramsey Hairpin, which reminds him of Oliver’s Mount. 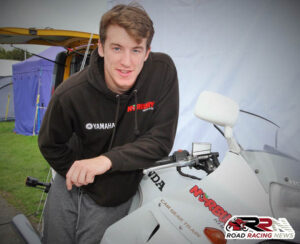 Established amongst the fastest rising stars of England’s only pure road racing circuit, it’s been no surprise to many to see Mike near the pointy end of the Newcomers practice leader board.

Prior to this, there’s no doubt that he has the potential to become a front running Manx GP competitor.

Looking towards today’s scheduled Newcomers A race, he’s in my opinion a dark horse for a rostrum finish.

Similar though temperament wise in my opinion to his pure road racing hero John McGuinness, he’s realistic expectations wise for the four lap race, knowing the standard of the Newcomers this year is stellar.

Full of praise for the likes of Darryl Tweed, Brad Vicars and Nicolo Capelli, Mike stated yesterday that one of the best aspects of his first venture into Manx GP competition, has been the camaraderie between the Mountain Course debutants.

Alongside his Manx GP debut, next month sees Mike return to Oliver’s Mount for the 67th Scarborough Gold Cup, where like this week on the Isle of Man he’s hugely capable of first rate results.