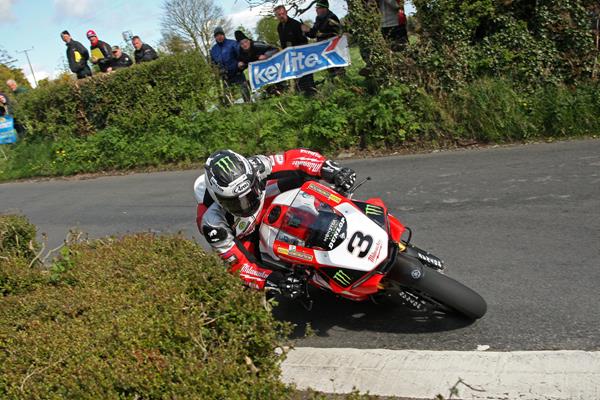 The 2015 Cookstown 100 proved to be an eventful one for Michael Dunlop.

Competing on Milwaukee Yamaha superbike for the first time on the roads open race saw the 11 times TT winner embroiled in a titanic tussle with Guy Martin. 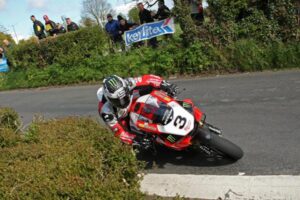 At the end of a thrilling race Michael finished in second position only 0.114 behind Guy.

Despite not been widely known as a top exponent in the super twins class maverick produced a top class display on Mcadoo racing backed ER6 Kawasaki in super twins race as he was victorious in a cracking race which saw four riders covered by just 0.863 seconds.

In a dramatic grand final race Michael was once again involved in battle for race victory with Guy Martin, by lap seven the fastest rider in TT history from a standing start hit the front.

But then having opened over half a second gap over Guy he high sided his way out of contention.

Arguably main proof of this is that Michael emerged from the 2015 Cookstown 100 with fastest lap of the meeting following lap time of 1 minute 23.344 seconds.

With Vauxhall International North West 200 coming up soon all eyes will be on Michael on R1M Yamaha’s in superbike and superstock races as he bids to add to his current tally of four wins around the triangle.