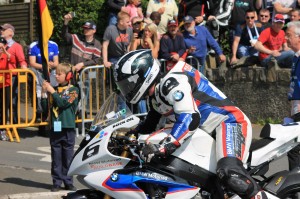 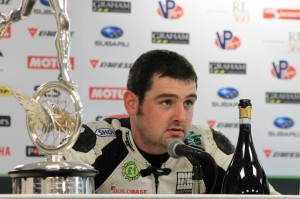 Michael Dunlop is aiming to regain the Southern 100 solo championship title at this years friendly races. The 11 time TT winner is competing on the same BMW Hawk racing superbike which at TT 2014 brought him superbike and senior TT successes.

Its a great prospect for all fans at Southern 100 watching the current best road racer in the world in action on the bike which has lapped on the mountain course at over 131.89 mph.

Having won the 2011 and 2012 Southern 100 solo championships Michael finished in second place in 2013 following a fine race with Guy Martin with both riders breaking the previous lap record.

The stage is set for another top battle between the hugely popular Guy Martin and reigning Duke road race rankings champion Michael Dunlop.