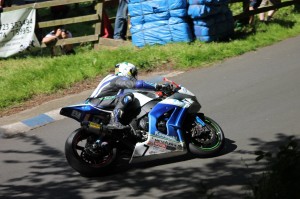 In a great battle with Ivan Lintin for race victory Deano won a closely fought race by 2.3 seconds. Feature race of the weekend Barry Sheene trophy saw the 2013 Duke road race rankings championship runner up start from pole position as he bid for race victory.

Dean got a great start and gradually broke away from three time TT winner Ryan Farquhar, as race went on Dean’s lead out front got bigger and bigger. In the end a dominant Barry Sheene trophy race victory was achieved, another great win around Oliver’s Mount for the 2014 lightweight TT winner. 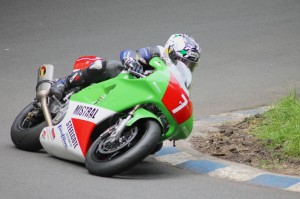 Next road race coming up for Dean is the Southern 100 where in 2013 he recorded victories in supersport and second super twin races. The superbike races at the friendly races will see him competing on RC Express racing ZX10 Kawasaki superbike, RC Express racing ER6 Kawasaki and Mar Train racing R6 Yamaha.

Plus Dean will be looking to retain his Cock of the north feature race title at Oliver’s Mount following the Southern 100.