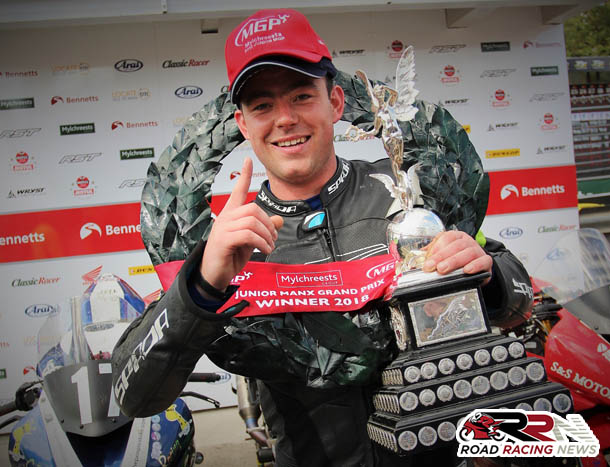 After a two hour delay Martin Bullock Manxsport’s David Lumsden got the famous tap on the shoulder from Paul Kermode, to get this years much anticipated Mylchreests Junior Manx GP underway.

By the time racers reached Ramsey Hairpin, Tritan backed Stevenson upped the race lead to nigh on five seconds, which then extended to just over nine seconds at the Bungalow.

Lap two saw new Peoples Bike team member Stevenson continue his relentless charge to class honours. Nearly 19 seconds clear out front upon leaving Ramsey Hairpin, it seemed like he had the race in the bag.

Drama struck though, when it was announced that he had crashed out of contention uninjured, at Creg Ny Ba. Following his incident due to a braking error, this left nearest pursuer James Chawke with a now more than moderate race lead.

Delighted, over the moon, amazed at becoming a Manx GP race winner, his reaction in the winners enclosure showcases what it means to triumph around the fabled Mountain Course. 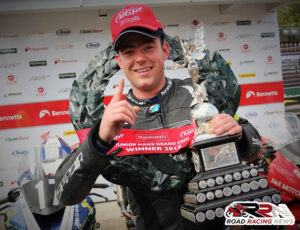 With Darryl Tweed’s challenge for a podium placing, coming to an end at Quarry Bends due to running out of fuel, this left the final spot on the podium to ultimately be clinched by The Peoples Bikes Team mainstay, Stephen Parsons. 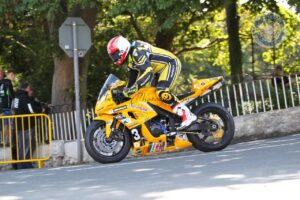 It’s more than worth mentioning as well the exploits of Spaniard Victor Lopez Santos, finishing a more than respectable 11th.