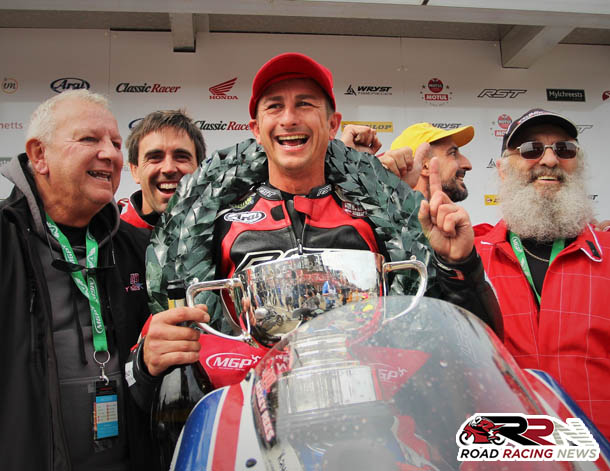 After a race long nip and tuck battle with James Hind for class honours, Welshman Michael Rees ultimately proved to strong come the completion of the four lap race. 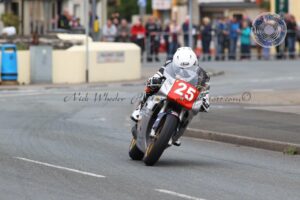 From here his advantage out front just grew and grew, ultimately taking the race victory by a margin of nigh on 25 seconds.

Summing up what it means to become a Newcomers B Manx GP champion, he stated: “Absolutely amazing.” 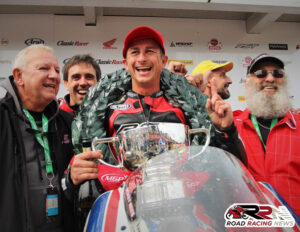 Japan’s Yoshihiro Kishimoto, hoping to compete in the future within the innovative TT Zero class, completed the top six finishers.

Remaining race finishers were Paul O’Rourke, Ray Maloney, Daniel Capper and Veronika Hankocyova, who accomplished her main goal from this meeting of lapping the fabled, magical Mountain Course at in excess of the 100 mph mark.