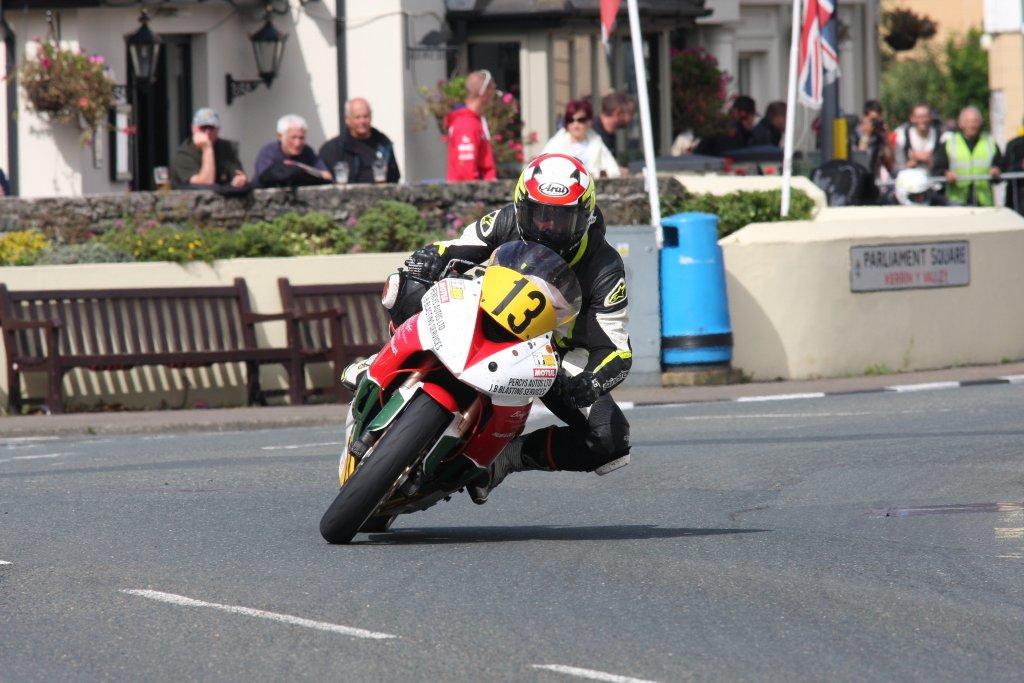 2015 Newcomers A runner up Barry Evans was close to the pace needed, to finish on the rostrum during the 2016 Manx Grand Prix.

The Welshman impressed hugely in the Junior race, as throughout he was in with a fighting chance of a podium finish.

An additional highlight from the four lap race, was lapping at a new personal best lap speed of 117.318 mph, on his own teams Percy Auto’s backed ZX6R Kawasaki.

The most prestigious race of race week, the blue riband Senior, would prove ultimately a frustrating one for Barry. 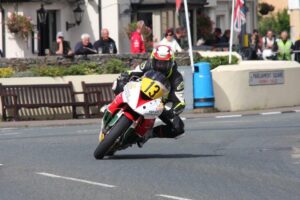 Making a bright start, he held at the end of lap two, fourth position, lapping along the way at an impressive 118.62 mph.

Dropping to fifth on lap three, he then encountered reliability problems, on the fourth and final lap, forcing him out of the race.

Although race week did not end in fine style, lapping close to the 119 mph mark, was a reminder to everyone why Barry is considered now amongst Wales leading pure road racers.