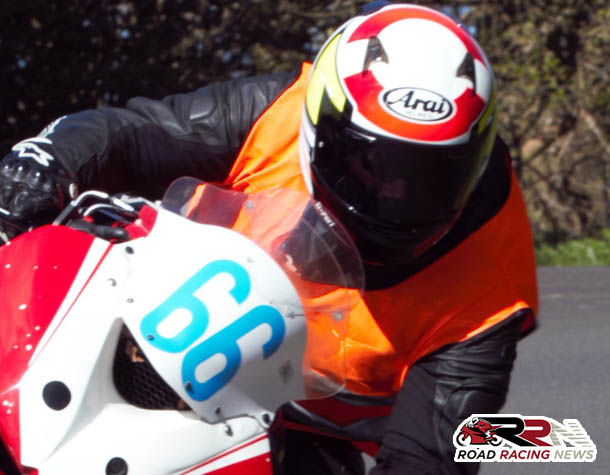 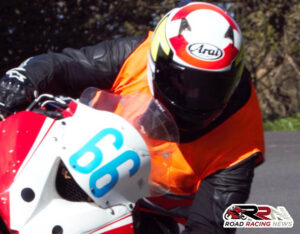 Second quickest was Logan Racing’s Neil Kernohan 101.697 mph, Neil is tipped to be in contention for newcomers A Manx Grand Prix victory.

Chris White was the fourth newcomer to break the 100 mph mark tonight, as he lapped at 100.079 mph, to finish fourth fastest.

Completing the top six in practice where Damian Horan and Darren Cooper on his own teams ZX6R Kawasaki.

Ryan lapped at a more than creditable 99.203 mph to finish quickest, TZ250 Yamaha mounted Gary Vines was second fastest, having lapped at 96.275 mph.

As is fifth and sixth fastest Michel Guillet and Derek Wilkie.