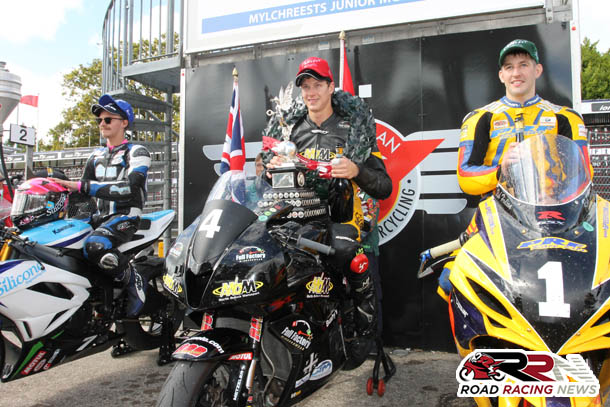 Despite damp, wet conditions greeting competitors at the start of the 2015 junior Manx Grand Prix, a thrilling race was witnessed by everyone around the mountain course, as three of pure road racing’s fastest rising stars battled for race victory.

Following pit stops at end of opening lap, it was all change at the front at Glen Helen on lap two, as Malachi Mitchell Thomas went into race lead by two seconds over Billy Redmayne, Rob Hodson was in third place on PRF Racing GSX-R 600 Suzuki.

Despite this he still held third place by end of lap two, but over fourteen seconds behind Billy Redmayne who was back into race lead, Rob Hodson moved into second, as we entered, what would prove to be a memorable third lap. 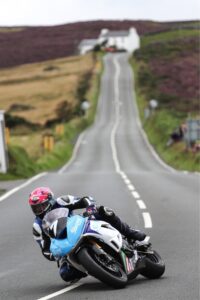 Positions within the top three on final lap remained the same at Glen Helen, Ballaugh Bridge, Malachi Mitchell Thomas was back into second at Ramsey Hairpin but 10.551 seconds behind the race leader.

Rob Hodson was first rider to finish the race, as he sealed third place finish on PRF Racing GSX-R 600 Suzuki, but close behind him was Billy Redmayne who just held onto secure a popular junior Manx Grand Prix victory.

Malachi’s lap speed on final lap was 120.565 mph, which is a new lap record for junior Manx GP class. 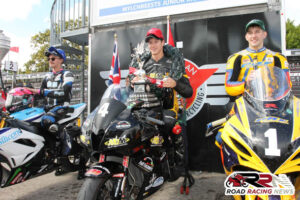 David Sellers competing on his own teams 675 Daytona Triumph, finished in fifth place.