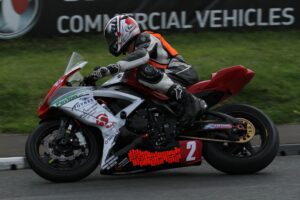 Billy Redmayne secured lap speed of 110.893 mph to go second quickest as Malachi Mitchell Thomas confirmed why many rate him as potential TT star of the future with lap speed of 110.494 on Silicone engineering racing ZX6 Kawasaki to go third fastest.

Marco Pagani impressed lapping at 109.375 mph as Matthew Rees and Davey Lambert rounded out the top six. Dean Osborne on Full factory winners wear backed ER6 Kawasaki surged to the top of the time sheets in newcomers B practice with lap speed of 104.537 mph. 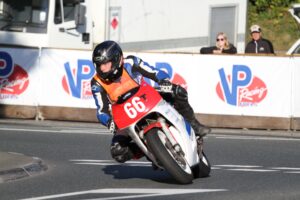