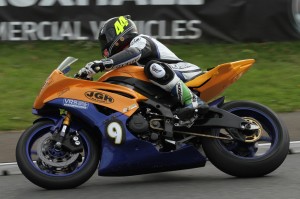 James Neesom was second fastest lapping at 114.095 mph as Stephen Harper, Dean Roberts, Paul Smyth and Glenn Harrison all set highly creditable lap speeds to round out the top six.