Billy Redmayne proved at 2014 Manx Grand Prix that he is a natural around the mountain course. Billy in practice week showed already that he was set to be one of the leading newcomers at this years Manx Grand Prix by lapping at over 114 mph. 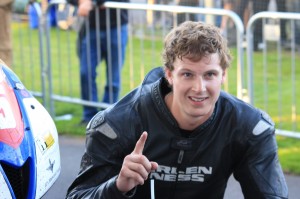 Newcomers A race beckoned on Tuesday night and right from the start Billy was pushing for race lead, gradually on opening lap he chipped away at early leader Matthew Rees before moving into race lead for first time by end of opening lap. From here Billy was involved in a brilliant battle for victory with Malachi Mitchell Thomas. 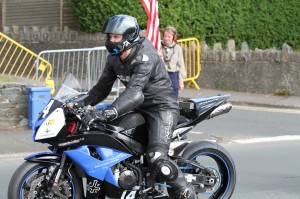 At the end of the three lap race Billy had secured his newcomers A Manx Grand Prix victory by 1.7 seconds following lapping in 117 mph bracket on final lap, junior race was next on the horizon.

After holding top five placing at end of opening two laps Billy following pit stops moved into second position. Following having moved into second place Billy gave it everything on lap four to reel in eventual race winner Andy Lawson. Despite not winning Billy CBR 600 Honda mounted was still a superb second as he set fastest lap speed of the race lapping at 119.062 mph.