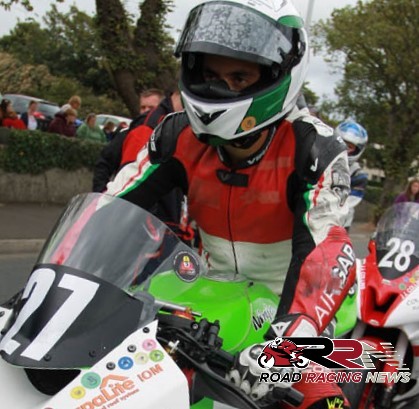 Carrying a Manx GP racing CV include which includes respective 7th, 17th place finishes within the Newcomers A, Senior encounters from 2010 and 2015, his answers to the Mountain Course themed set of questions are as follows:

“During my first lap in 2010 I was impressed how fast this circuit is! After having seen hundreds of on-board videos the first lap in the real life is a unique experience. There isn’t a circuit all over the world that you can compare to the Mountain Course.”

“My favourite bike is the last one I raced in the MGP, the Kawasaki Ninja 600 of my great friend Daryl Blake. That bike was really fast!” 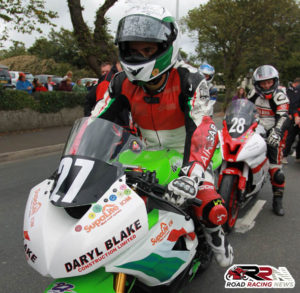 “My first race finishing in 7th position in the Newcomers race, winning a Replica. That’s one of the best moments of my entire racing career!”

“I’ve found many great riders at the Manx and some of them have become good friends. I tried to learn something from all of them, especially from the riders faster than me.”

“Can’t be described in one word, it’s one of the best race meeting’s in the world.”

“I love two strokes so my biggest dream is racing a 250 Grand Prix bike around the Mountain. Fingers crossed to make it possible in the future!”