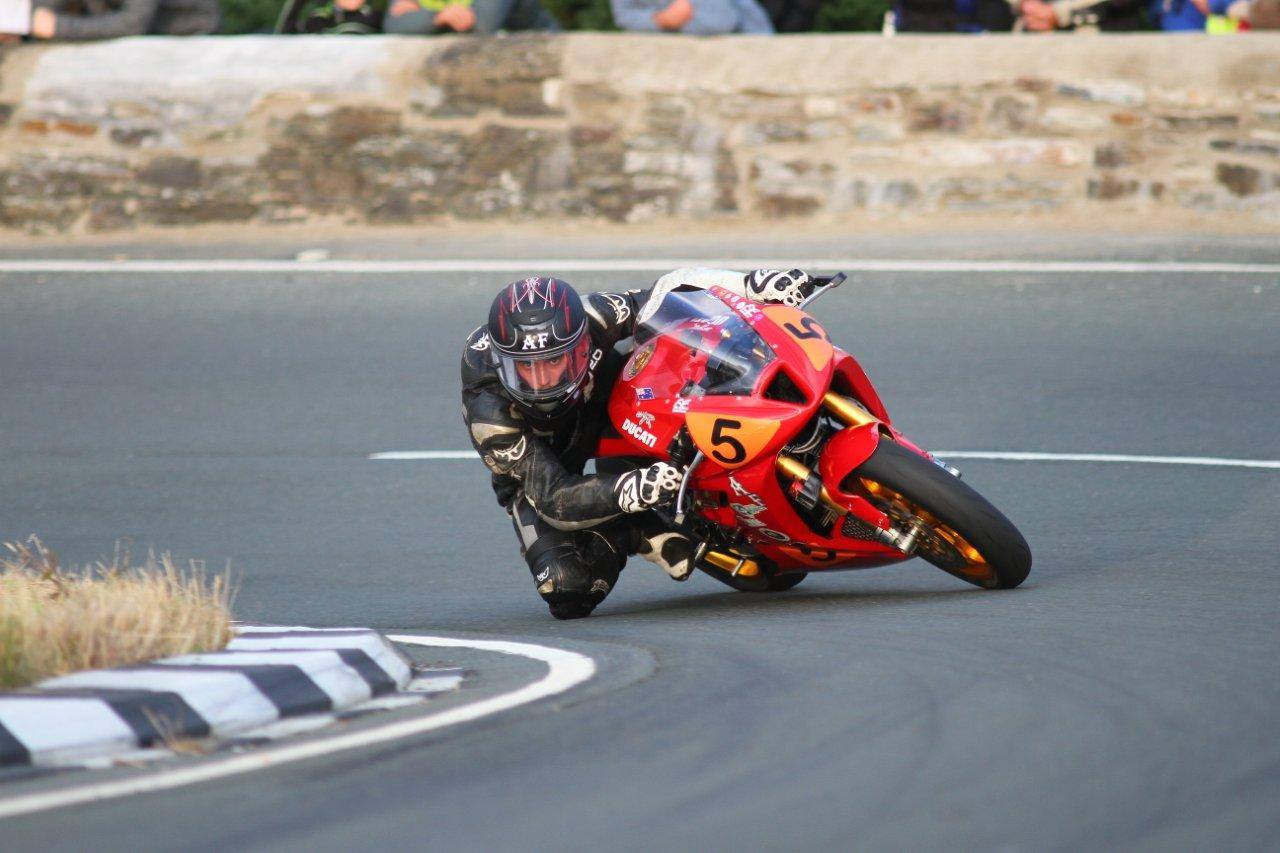 Widely regarded amongst Australia’s fastest next generation roads talents, Adelaide’s Royce Rowe who took fourth in the Newcomers B race of 2015, is next to take part in Road Racing News rising in popularity Manx GP Top 6 series.

Three times a top ten finisher at the Manx Grand Prix of 2016, including registering a sixth place finish within the showpiece Senior race, his answers to the Mountain Course themed set of questions are as follows:

“Even though I had religiously watched on-board videos every day for over a year, I was still horribly nervous.

Milky (Richard Quayle) was right, that you would be extra sore coming in from your first lap as most of the way round your ‘meerkating’ trying to take in every bump and reference.

Throw giddy in there as well as satisfied you made it all the way round but very hungry to try and go quicker.”

“The Triumph would be memorable for probably the wrong reasons ha ha! The Ducati is always a dream to ride, hearing the gear changes pop when you’re going through Kirk Michael sound so fierce.

For having some rubber bath mat as a seat, it was still surprisingly comfy to ride. The engine would always pull so strong and it was like riding on rails. Brian Rosser and the team always did a great job building and preparing the bike.”

“After not being able to get his bike started properly, Michael Dunlop had to set off next to me during a practice session.

I remember looking over to him, we locked eyes for a bit, his pupils like dinner plates, ready to attack the Mountain Course. He gives me a nod and then we set off, losing sight of him around Braddan Bridge. Riding next to one of the greatest legends in road racing history, certainly ingrained into the memory.

Also making it to the presentation night, unfortunately only 2 out of 4 times. Getting a finishers trophy, even though I’m not all about doing things just for the trophy. Compared to a circuit race back home it’s just such a satisfying thing to have.

All the preparation that goes into organising the trip, the bike, the team, the trophy isn’t just for me, it’s for my family, mechanics and sponsors that put in so much effort and gave up their time to help me complete a dream and that memory is definitely treasured.” 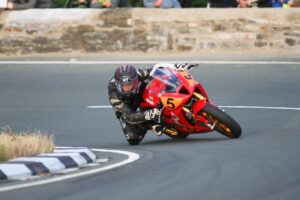 “No, probably not just the one, Joe Akroyd for the great craic and being a legend on and off the track and going through some big injuries but as keen as ever and Matt Stevenson for the Mullet.”

“It would be Probably my old RS 125 (Honda) GP bike. I love the style of racing small under powered bikes.

You really have to push hard and get everything right to get a good lap, can’t rely on horse power when you make a mistake and yes it might be a little boring on the long straights ha ha! Completing a quick lap would be immensely satisfying though.”

On This Day In History: 27th April