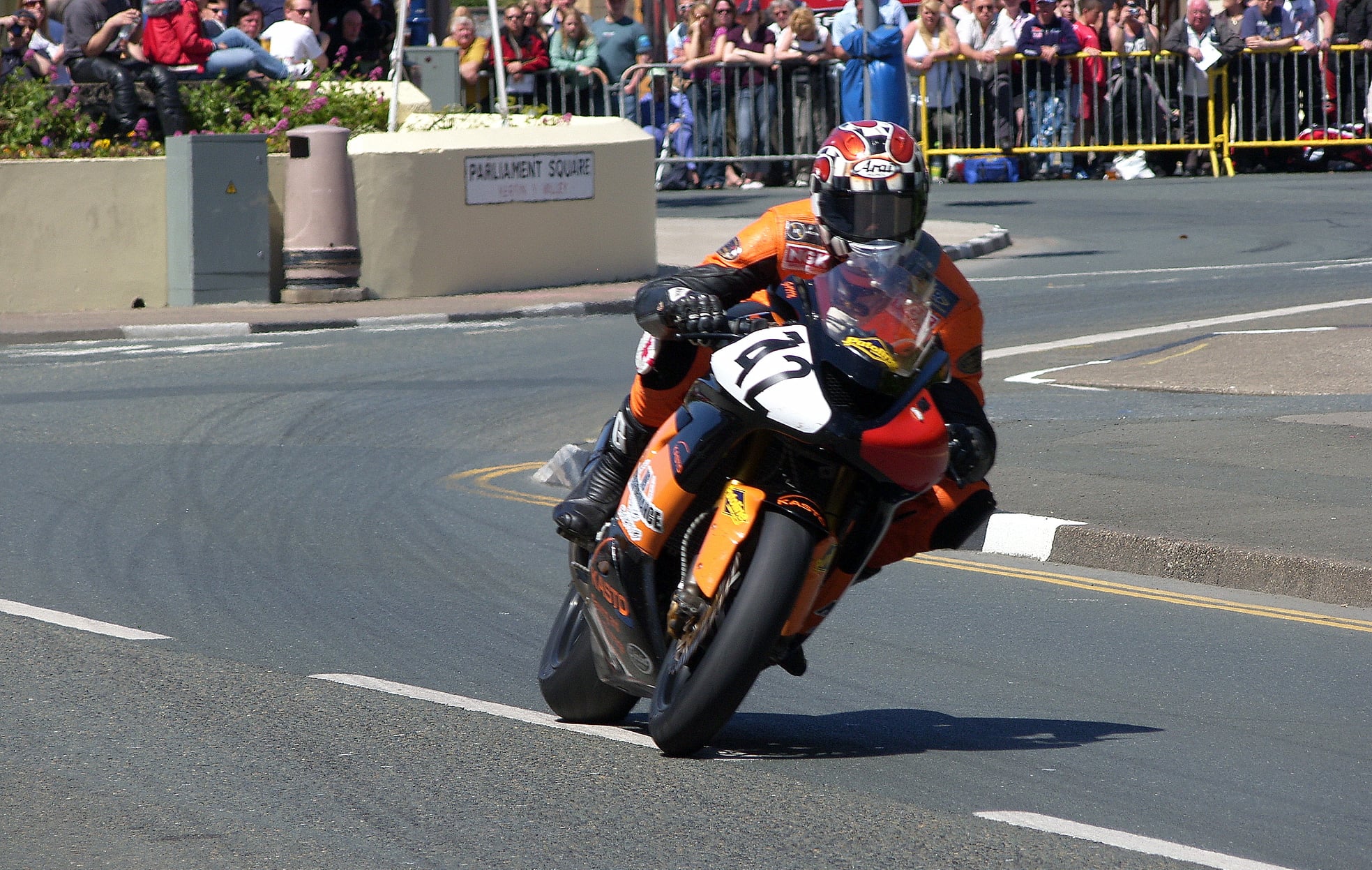 19th, 22nd in the Superbike, Superstock races of TT 2006, his answers to the Mountain Course themed set of questions are as follows:

“In 1999 I was riding a TZ250 (Yamaha), loaned to me by fellow Bangorman and former Manx GP competitor, Jim Heath.

I was moving to England in August with work so decided to have a go at the Manx, just to have ridden the TT course before I would retire from racing.

I’d only been to the TT once before and did one of Davy Wood’s famous Newcomer’s weekends. My first reaction was, how am I ever going to learn my way around this place.

Credit to John Lilley for giving me the confidence to do it, and for mentoring and bike preparation; to Davy Wood, Gordie Taylor, Eddie Sinton and the band of merry men for my introduction to the Isle of Man.”

“Well, that was a bike of two halves. For 2005 I used Martin Bullock’s ‘spare’ 250 Honda for the Junior race on Thursday, the R6 having dropped a few valves.

It was on this bike I made my fastest ever 250 lap, coming into the pits on lap 2. It was very much an unproven machine and we hadn’t had ‘much’ practice on it. After the race I took Martin’s ‘race’ 250 out for it’s practice lap to bed in new pistons for Friday morning’s Lightweight race.

It melted a piston at Union Mills and I didn’t get recovered until late that night. So, we are back in the pits with a pair of Martin’s RS250 Honda.

The ‘race’ bike with a melted piston and ruined cylinder and we didn’t know the cause. The ‘spare’ bike that had just completed 4 laps in the Junior that day, we stripped the race bike of its forks, rear shock and gearbox and fitted to the ‘spare’ bike.

We stripped the top end to fit new rings but after seeing the nicasil coating flaking off the top of the exhaust ports we opted to just put the cylinder heads back on.

We finished the work at about 3 AM but of course couldn’t start the bike in the paddock, so 7 AM we fired it up, checked for leaks and got ready for scrutineering.

That race was won at the slowest possible speed with the only visible problem being a silencer that had ejected its internals on lap 2. So, another bike made it’s way into the MBR (Martin Bullock Racing) hall of fame.”

“Must I answer this? Ok, treasured memory would have to be in the winner’s enclosure with my family and team. I have a photo with Harry and Katie in my winning laurels in front of the podium and I treasure this more than any replica trophy.”

“None that I could really single out, to do so might be disrespectful to all of the competitors and team members for whom I have so much respect and admiration.

I always held a huge respect for Rodger Wibberley in coming back from a horrific crash at Bishopscourt to compete the very next year. I wouldn’t have done that! and of course the work he has done with the Newcomers in recent years.” 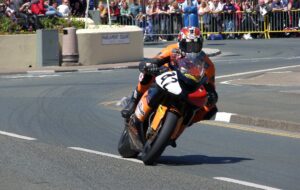 “Ok, I’ll have to split this into two parts – one bike for a non competitive lap, such as a parade lap and the other for a competitive race

A factory RVF (Honda) such as those drafted in for Hislop and Fogarty. Can I have a few more please? Honda 500 triple – ex Spencer if you’d be so kind, NS500 Twin

For a competitive race, I’d love a lap on a factory 250 with slick tyres. Problem being that a full GP 250 might not last the distance (going back to 2005, the bike raced in Junior and Lightweight has done 300 racing miles on same pistons and rings).

So sensibly, it’d be GP250 with trick suspension and brakes and a kitted engine built and set up by Clive Padgett or Denis Trollope.”

Then And Now: Glenn Irwin