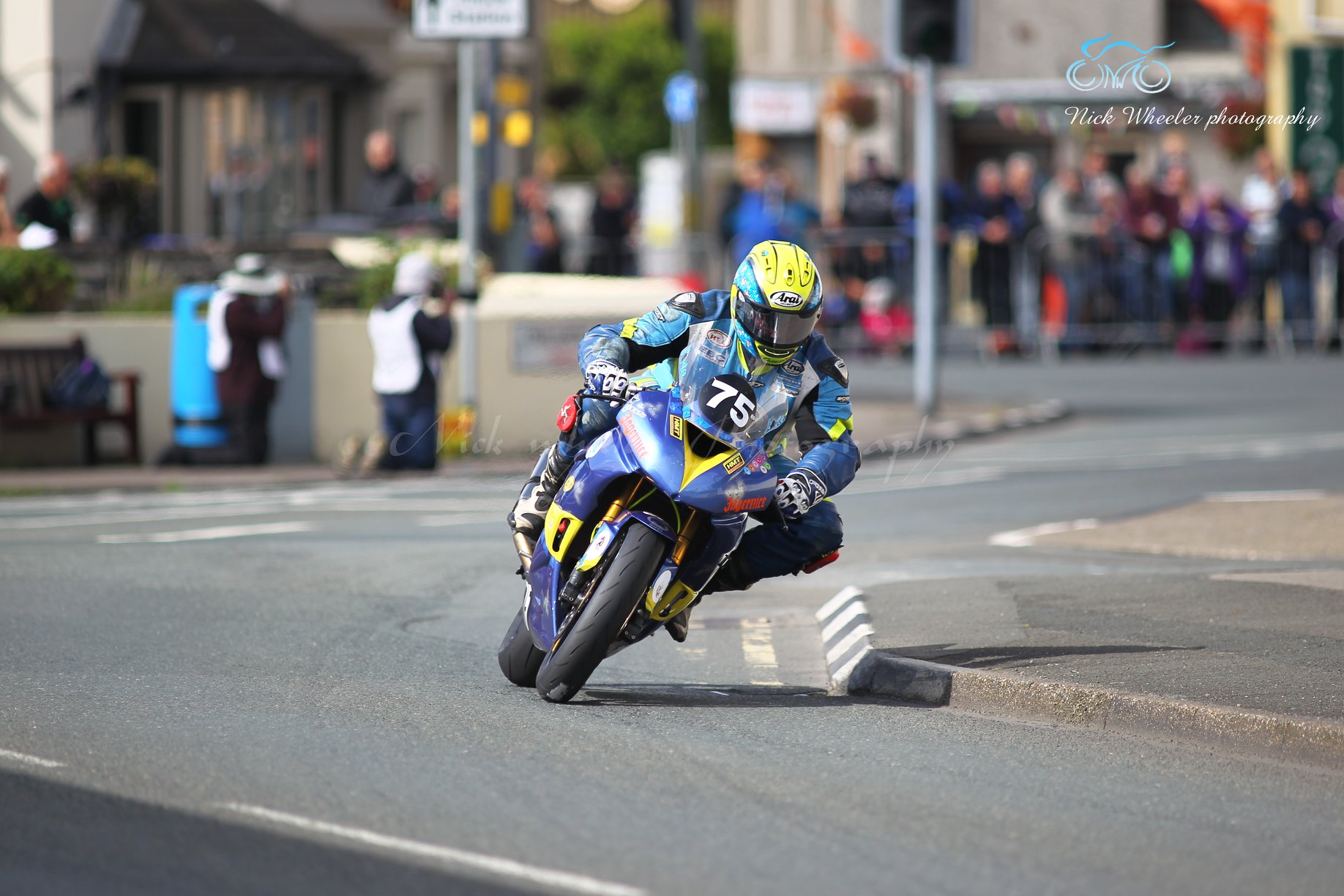 13th within the 2013 Steve Henshaw International Gold Cup at Oliver’s Mount, Scarborough, 35th in the 2014 Newcomers A Manx Grand Prix, his answers to the Mountain Course themed set of questions are as follows:

“I can honestly say I was a complete novice when I first came to the Manx GP, so after my speed controlled lap I was blown away and didn’t have a clue what I was doing.

I did so much homework but non of it made any sense, so the whole lap smashed my head to bits, but in a racers mind that’s what we love!!”

“I’ve only ever used the ZX6R (Kawasaki) around the TT course.” 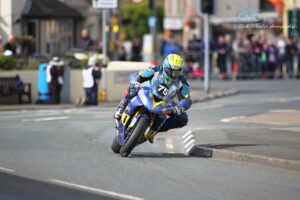 “The list is endless, from meeting people, to receiving info from other riders, to helping others, the whole place and experience is magical, every year is so different and I treasure the memories doing something I love with friends and close family.”

“A couple really, Andy Farrell and Dennis Booth have spent hours with me, giving me good tips and passing on bits of info that I keep asking them about, another would be Paul Owen, a TT legend that just drops little tips to me, even in my pit stop last year he was feeding me info from 4 pit stops down the road.”

“One of David Jefferies Superbikes, the bloke was an absolute TT gladiator!!! So a couple of laps on one of them bad boys would be like winning the lottery.”