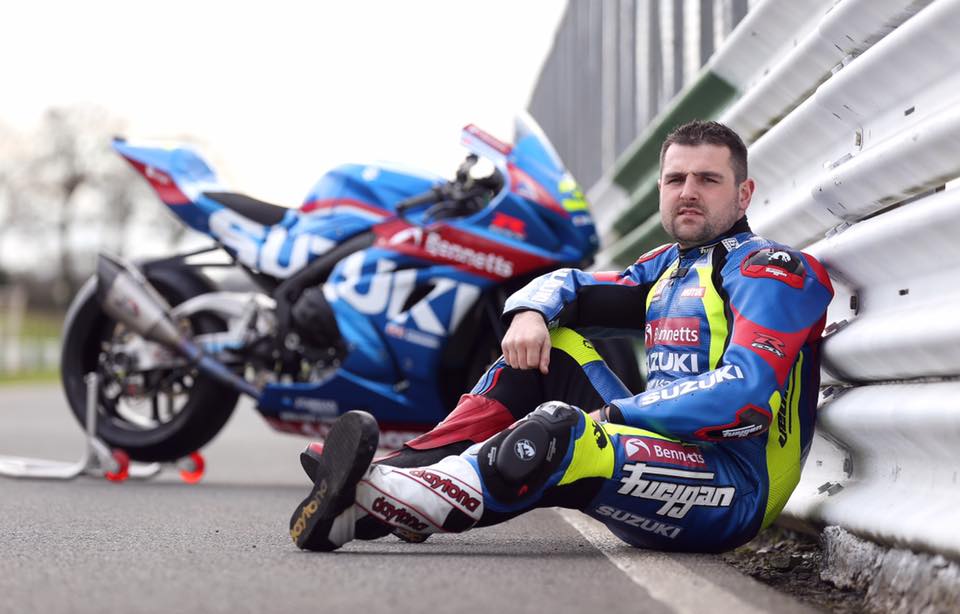 Since the news broke last evening of Michael Dunlop joining Bennetts Suzuki, for competition on the roads in 2017, multiple leading figures within pure road racing, has been stating their opinions on the latest extremely exciting news for the sport.

Ulster Grand Prix, Clerk of the Course, Noel Johnston, firmly believes Michael will be mixing it for victories at Dundrod in August.

“This is a really interesting move for Michael and I have no doubts he’ll go well on the GSX-R 1000 under the Hawk Racing banner.

I’ve seen a few of the early testing results on the new Suzuki and it looks like it’s going to be one of the most powerful bikes on the grid, with a super smooth delivery that will be a perfect fit for a fast and flowing circuit like we have at Dundrod.

2016 was so close to being a perfect year for Michael and I hope he sees similar success this season. I know the local fans would love to see him back on the top step of the podium at the Ulster and there’s nothing like the support of a home crowd to push you on.

Let’s not forget that Bruce Anstey held the world’s fastest road racer title on a Suzuki for six years before losing it to Hutchy on a BMW last year. I can’t help but wonder if Suzuki might regain the title this August.”

“We are delighted that yet another rider is set to make his debut on a new Superbike at the 2017 Vauxhall International North West 200.

Michael Dunlop is very, very popular with the local fans and I am sure they will be lining the hedges to cheer him in May.” 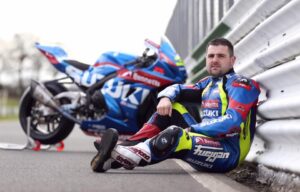 The general vibe online over the past ten hours or so, to factory Suzuki’s taking to the roads this year, has been extremely positive.

One of the best opinions on the topic, in my opinion was stated by former Manx Grand Prix competitor Peter Minns, who stated via his Twitter page:

“Hat’s off to Michael Dunlop for having the balls and the talent to give different types of bikes a go in road racing.”