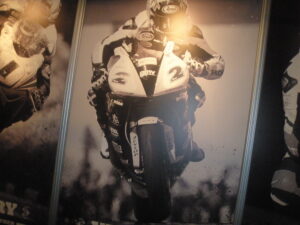 Plus Keith’s team mate for next years lightweight TT race is Ryan Farquhar. During 2008, 2009 and 2010 road racing fans saw many a fantastic race between the two of them, with both back in action for the lightweight TT race in 2014 one things for sure where in for a exciting and entertaining race.