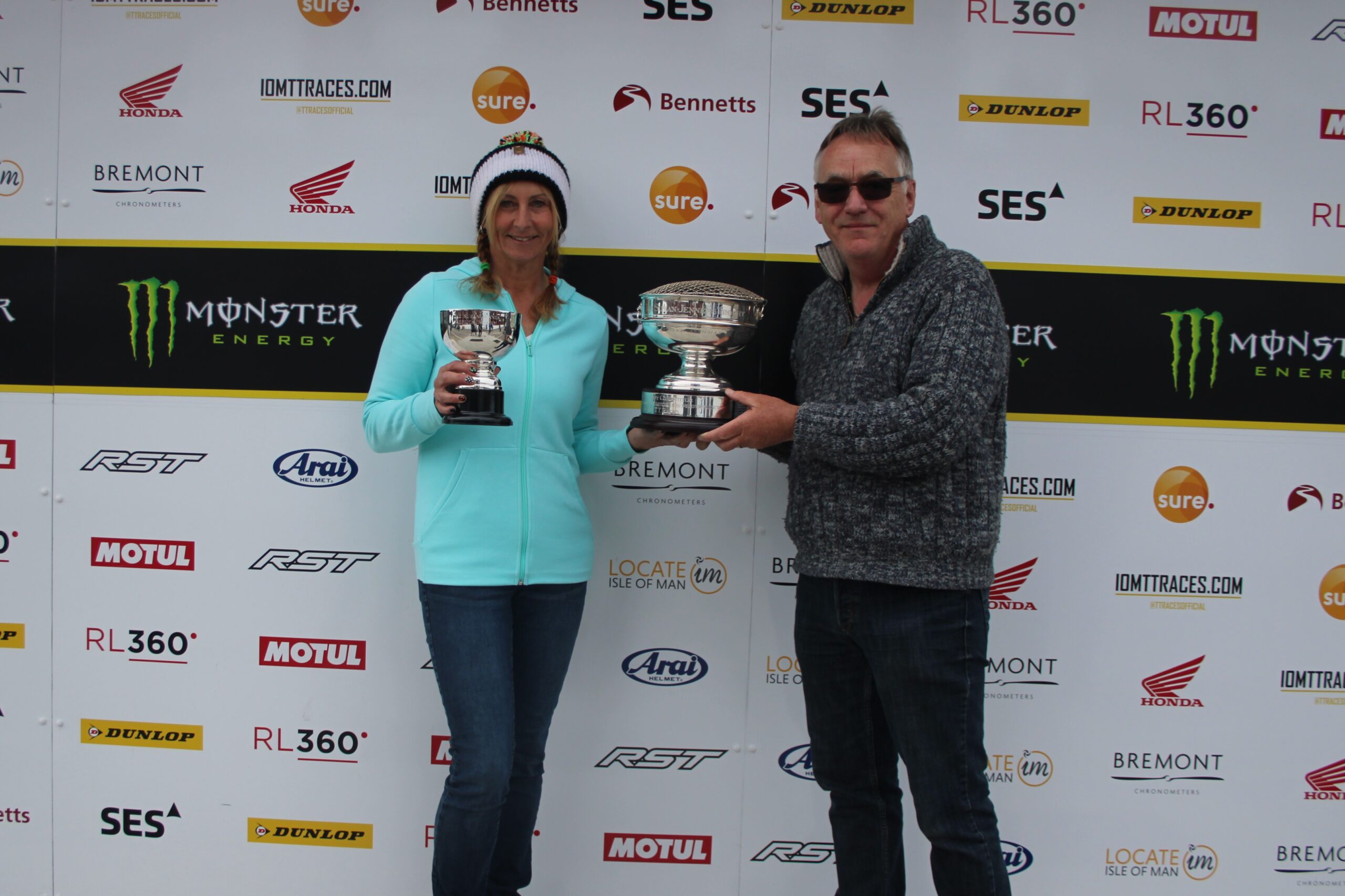 The TT Supporters’ Club have presented Julie Canipa with the Susan Jenness Trophy for 2018 in the pit lane, after the completion of the Dunlop Senior TT.

The Susan Jenness Trophy is awarded by the TTSC Executive Committee, to the female competitor considered to have made the most meritorious performance each year at the Isle of Man TT Races fuelled by Monster Energy.

The trophy commemorates club member Susan Jenness, who lost her life some years ago whilst marshalling at an off-road event in the UK. 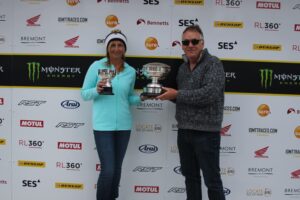 Julie received this prestigious award for her consistent high-speed performances around the Mountain Course in 2018, as passenger to Greg Lambert.

They finished the Locate IM Sidecar Race 1 in tenth position averaging 107.368 mph; gaining a bronze replica. Unfortunately a mechanical issue forced a retirement for the pair in the second race.

An Isle of Man resident, Julie was a late starter to the sport of sidecar racing. Her TT career started in 2015 alongside driver Doug Chandler, where they achieved a best result of 37th position.

This was followed by a difficult 2016, where the pairing failed to finish either race. For 2017 she teamed up with Greg Lambert and found immediate success, taking a best career finish of 8th in the second Sidecar Race of TT 2017.

In 2019 she has competed alongside Maria Costello MBE, and claimed 21st, 17th place finishes and a best lap of nearly 103 mph.