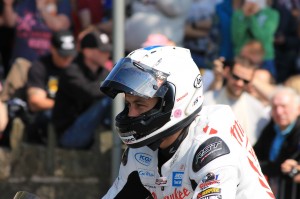 Josh Brookes got quicker and quicker during TT 2014 as he competed for the second time at the Isle of Man TT. The Milwaukee Yamaha had a consistent practice week with solid lap times and went into Dainese superbike TT race confident of gaining a good result.

Josh went onto record 10th place finish following a thoroughly professional ride throughout. Opening Monster energy supersport race saw Josh holding early a top 15 position before technical issues struck, despite this Josh went onto to finish the race although down in 67th position.

Second supersport race and the rider who has being a race winner in world supersport championship was holding a top five position before a collision with Lee Johnston meant he was out of the race. 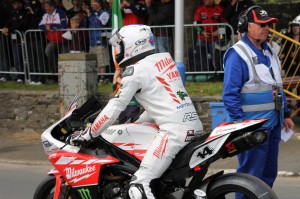 Pokerstars senior TT saw a battling performance from Josh who went onto achieve 7th place finish, which is the second quickest newcomer in TT history’s personal best finish on the mountain course. Plus Josh lapped a whisker under the 130 mph mark with a lap speed of 129.8 mph, in all the North West 200 lap record holder impressed many at TT 2014 as he continues to get faster around the worlds greatest road racing circuit.