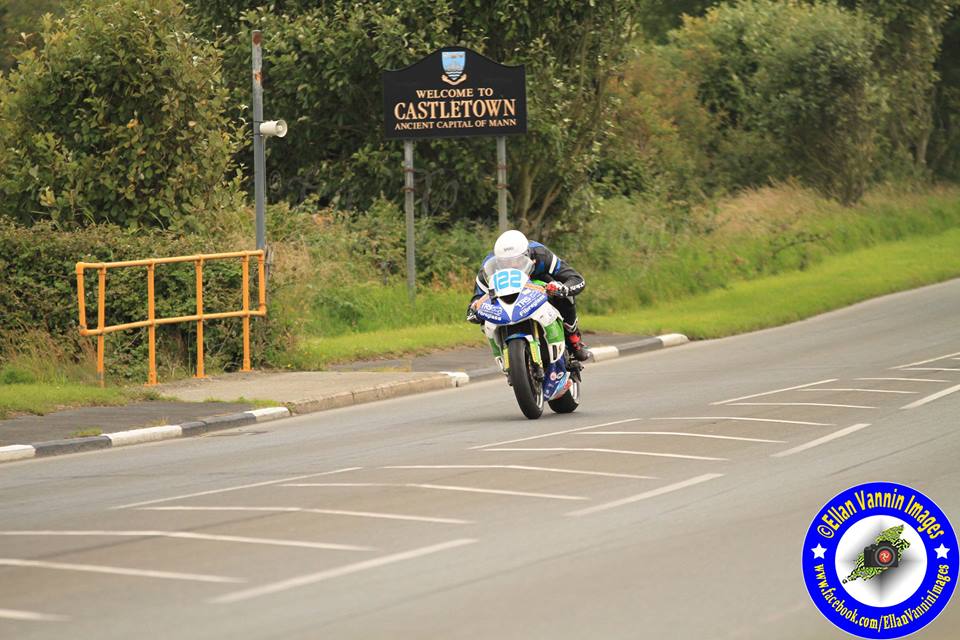 Making his Manx roads debut at the Southern 100, York based James Field stated via his Facebook page, when looking back on a first voyage around Billown, that the ‘Friendly Races’, where the most surreal, exciting and friendliest event, that he has competed in.

In the mix for Supersport C victory, the RAF racer sealed a very creditable seventh in the Senior Support race, along the way lapping close to under the 2 minutes 35 seconds barrier. 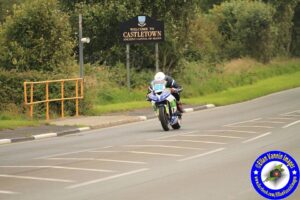 Summing up his first taste of real roads action on the Isle of Man, James said on his Facebook page:

“Well I’m back and settled in now after the most amazing week on the Isle of Man. I really didn’t want to come back after falling in love with the Island, but needs must.

The Southern 100 is definitely the most surreal, exciting and friendliest event I’ve had the pleasure of competing in. I had three races over there in three different classes essentially, on the 600, improving my times consistently (95, 97 then 98.6 mph. 18th, DNF, and 7th) which I was happy enough with as a newcomer.

I had a little incident in the 600 C race where I crashed out of 2nd, but with some great help from Matt, Jez Hill, Rad, Neil and Kev Spurr the bike was fixed and ready for the final race.

Everyone was stripping there bikes and offering help just so I could get out in the final race which was incredibly kind and testament to how friendly the road racing community is.

Big thanks to the fearless marshal’s, medics and doctors who looked after me during and after the incident. All were incredibly professional and just nice people.”

“The biggest thank you of all must go to Peter and Jules who hosted Matt and I. We received the warmest Manx welcome and were looked after as if we were family. Amazing people and we’ll miss them. Class photos too!!

It was great to see family friends Thomas Neale Burnett and Neil out there too always offering us help where possible and supporting us! Good luck at your next meeting Tommo and see you guys soon!

It was great racing with Ben and the other lads at mental speeds, looking forward to the Barry Sheene event at Scarborough where we can keep racing our hardest.

As always, thank you to Kim and my family. Couldn’t do any of this without you Matt Kittridge. Last but by no means least, thank you to the RAF lads Rad Hughes and Michael Russell, and also thanks to Rich Stubbs. They spent a lot of time with me either doing laps of Billown/TT course, watching on-boards and offering tips and advice on how to race the circuit.

I miss the island already, hope to be back soon!.”