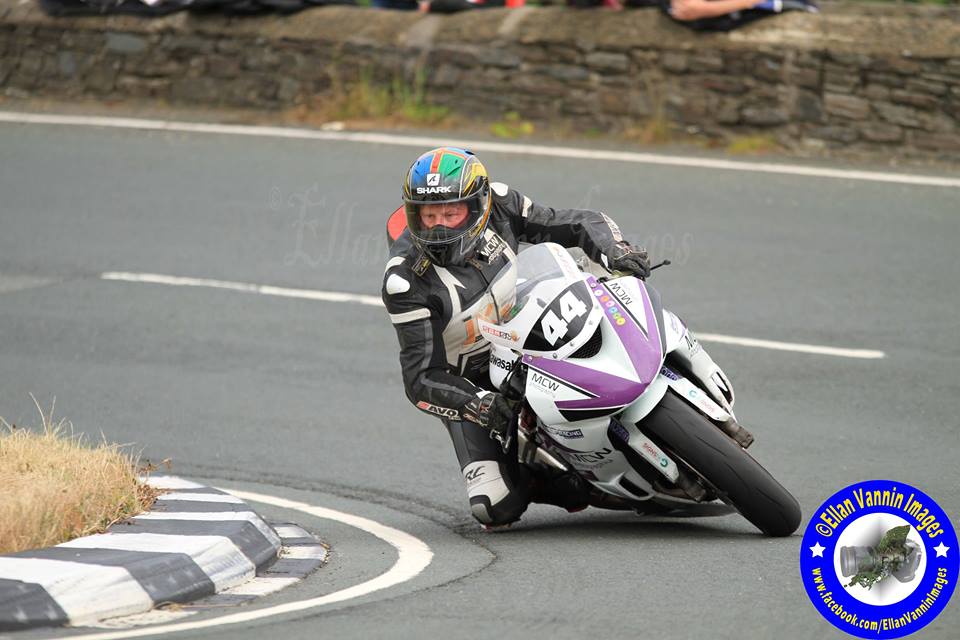 James Crumpton award winner Sam Johnson has re signed for Colin Dunlop Racing for next season, as he targets an increased presence in the coveted international events.

Steadily increasing his stature within the pure roads scene, Brigg based Johnson throughout 2017 showed solid, reliable and accomplished form in particular at the Irish national meetings.

At a glance just some of the great moments over in the Emerald Isle included finishing overall leading UK based rider in the Two Strokes Supporters Club Championship, which in turn secured him the prestigious James Crumpton award.

A top 15 finisher in the feature Supersport encounters at Tandragee and Armoy, this year has also seen Sam endure a mixed fourth Manx GP campaign.

Ultimately a non finisher in the Junior and Super Twins races, there was positives to take away though from his latest Manx adventure, most notably setting a new personal best lap speed of 116.401 mph, on the way to a very respectable 27th place finish in the blue riband Senior race. 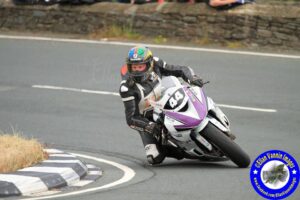 Setting plans in motion now for next season, one of the main aims for Sam is to compete for the first time at the TT Races.

Commenting on this topic, plus much more about 2018 with Colin Dunlop Racing, he stated via Facebook:

“Pleased to say we have agreed to ride for Colin Dunlop Racing for the 2018 season, with the main focus being on Supersport and Superstock/Superbike classes at both nationals and internationals, with TT for 2018 being the plan in the supersport and supertwin classes!

We plan to be at Scaborough for Cock O’The North and Gold Cup and also Southern 100! Again massive thanks to Colin Dunlop, Philip Tweed, David McWaters for putting up with me again!

Thanks to Andy Potts, Peter Stacey, Enzo Feane, Debbie Fairhurst, Catherine Johnson been by my side for the continued help/support and everyone else who helps me in any way!!! on wards and upwards into 2018!”