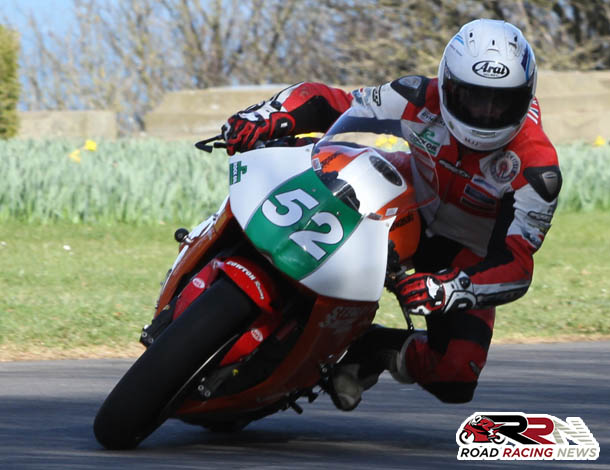 James Cowton’s 2015 road racing season got off to a highly productive start at the 2015 Spring Cup National Road Races.

Junior A race 1 began with James starting tenth on the grid, despite this he powered his way through to fourth place finish showing excellent form on his own teams CBR 600 Honda. 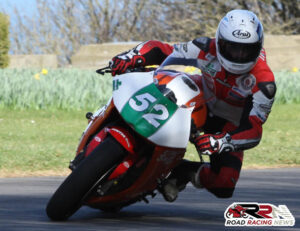 Next up was opening super twin’s race and James competing on Stewart Smith racing backed ER6 Kawasaki produced a dazzling performance as he secured his first race victory of his 2015 road racing campaign.

First leg of spring cup A final races would prove to be another productive race for the 2014 Duke road race rankings champion, fourth position was achieved as he finished leading Honda mounted rider. 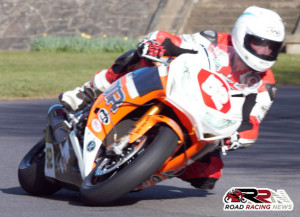 Second junior A race on day of action around the mount proved to be a solid one for the supremely talented rider as he finished a highly creditable fifth in treacherous conditions. 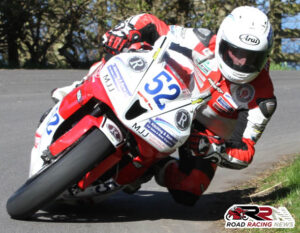 In all at the 2015 Spring Cup National Road Races James finished every race he competed in top six placing’s plus proved once again that he is getting the maximum out of the machines which he is competing on.

Next meeting on the horizon for the Danny Tomlinson racing rider is the Cookstown 100 where he enjoyed a great debut in 2014 recording top quality results which included second position in super twin’s race.

Enjoyable Debut At The Mount For Michael Sweeney