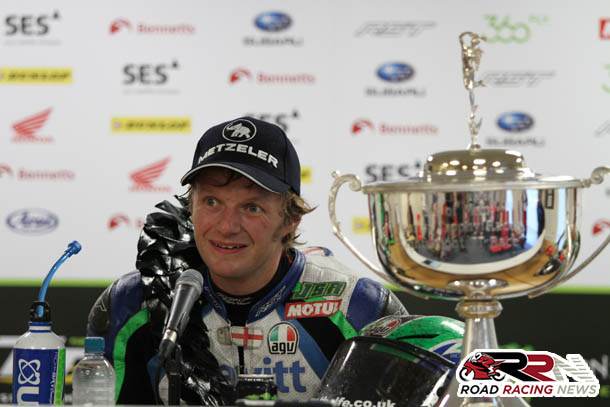 Having re signed for Devitt RC Express Racing, the rider established as the leading Super Twins exponent on the roads, is aiming to go another full season unbeaten on ER6 Kawasaki machinery.

This year has seen Ivan wrap up Super Twin victories at the North West 200, Southern 100, the 66th Scarborough Gold Cup and of course retain his Lightweight TT title. 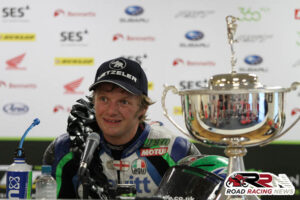 Since joining RC Express Racing back in the winter of 2014, he has without a doubt moved up a level on the roads, moving up from been a rising star, to a competitor more than worthy, of the title world class. 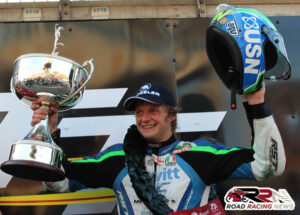 Alongside the premier international events, TT 2017, North West 200 and the Ulster Grand Prix, he’s also set to return next year to the Southern 100 and quite possibly the Macau Grand Prix.

“The confidence that I have in the RC Express Super twin and the overall performance of the bike and team, has shown with our dominance this season.

Defending the title at the TT this year did carry some pressure, but having achieved that win which was so important for everyone, I feel confident that next season will actually be somewhat easier.

I am continually improving with the bike, strengthening my performance as a rider and I can only see us building upon our success in 2017 and more specifically dominating on the Super twin.

It was disappointing that I couldn’t go for the treble at the Ulster Grand Prix but unfortunately the recovery to my injured finger was just not complete.

We’ll certainly be aiming to put that one right next year. I’m continuing to improve on the Kawasaki ZX-10R Superbike and with a new personal best lap around the Mountain Course in 2016, I feel even more confident of moving towards a 130 mph lap and becoming a regular top ten finisher in races like the Senior.

This will be my third year with the team and that consistency will be a major benefit. We’re certainly growing as a collective unit and there are some significant plans for the future so it’s certainly a great time to be part of RC Express Racing.”

“Ivan has been instrumental for the team and established himself as the leading Super twin rider. We have set some ambitious targets for the new season and I believe that Ivan will continue to dominate his position in the class as well as build more competitively on the larger capacity machines.

It will be our third year together and I firmly believe it will be our strongest yet. Our key target will be a triple of wins across the three main International races.

RC Express and Ivan have grown together and I’m sure that 2017 will be another successful chapter for both rider and team.”