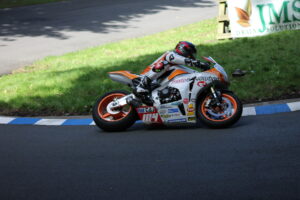 Having starred in superbike qualifying at last years Scarborough gold cup Daley Mathison goes into 2014 confident of top results at Oliver’s Mount. Daley is Suzuki mounted for the superbike and supersport races. 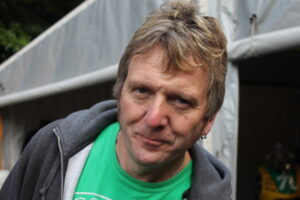 Davy Morgan is Honda mounted for the superbike races during the 2014 road racing season and will go into the spring cup as a rider to watch in the feature races. Davy is also competing in the supersport races for CSC racing on a R6 Yamaha, whilst the super twin races sees the former North West 250 winner Kawasaki mounted. 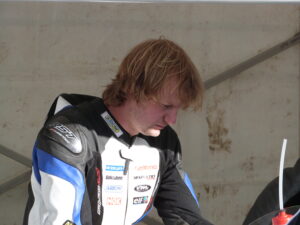 Ivan Lintin was one of the most improved riders during the 2013 road racing season, Ivan for 2014 is set for a foray into the superbike class competing on a ex Wilson Craig racing CBR 1000 Honda Fireblade. Plus the current Ulster Grand Prix super twins winner is also on Honda machinery for the supersport races.

One of the most exciting debutants to Oliver’s Mount this year is Gareth Keys. Gareth who won the 250 race at last years Ulster Grand Prix is making his Oliver’s Mount debut on a S1000RR BMW.

2009 TT zero winner Rob Barber is another highly anticipated newcomer at Oliver’s Mount. Rob is set to compete in the superbike and supersport races.

James Neesom, Tom Robinson, Mick Goodings, Tom Weeden, Mark Goodings, Gary Graves, Rad Hughes and Sam Johnson could all be in the mix in the superbike races at the spring cup.  Sam Johnson is making his Oliver’s Mount debut on a R6 Yamaha, Sam is greatly looking forward to competing at the iconic road race circuit for the first time. 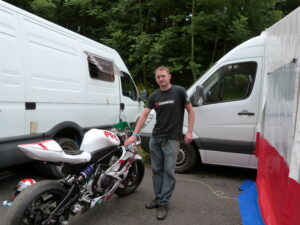 Adrian Harrison is really looking forward to the super twin races at the spring cup. Adrian who finished 19th in last years lightweight TT race is competing on the Printing roller services backed ER6 Kawasaki this season plus the talented rider is also competing in the supersport 600 races on a CBR 600 Honda.

Paul Gartland has teamed up with Hotties thermal packs racing team which now has main sponsorship from Northern Escalator Installations for 2014 road racing season, Paul has every chance of a top result in the supersport races at the spring cup.

Oliver’s mount specialists Keith Pringle and David Hewson both go into the superbike races at spring cup 2014 with the potential of top three finishes. Keith is BMW mounted whilst David is competed for his own DHRR team on a RSV4 Aprilia.