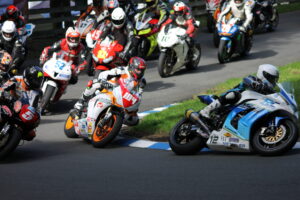 The latest news regarding this years Ian Watson spring cup road races includes Daley Mathison is opening his 2014 road racing season at Oliver’s Mount competing in the superbike and supersport races on Suzuki machinery. 3rd place finisher in the Steve Henshaw international gold cup in 2013 James Cowton looks set to begin his 2014 season at the Mount competing in the superbike races on the SJP moto backed CBR 1000 Honda Fireblade, James will also be highly competitive in the super twin races competing for Stewart Smith racing on a ER6 Kawasaki. 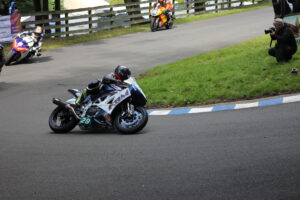 Rising stars in road racing Tom Weeden, James Neesom, Mark Goodings and Tom Robinson are all set to challenge for top results in the supersport races in particular where it will be fascinating to see how Dean Harrison will do competing for Mar-Train racing on the teams highly regarded R6 Yamaha. The second fastest rider around Oliver’s Mount looks set to lead the entry for the 2014 Ian Watson spring cup road races, Dean and RC Express racing Kawasaki are confident of a top start to the new season at Oliver’s Mount.

Road racing legend Ryan Farquhar is back competing at Oliver’s Mount this year for the first time in two years. Ryan is entering the super twin races at the spring cup for his KMR Kawasaki team, Ryan has won the spring cup six times, theres every chance on his return to competitive action that victory in the super twin races are more than possible for the 2011 Scarborough gold cup winner.