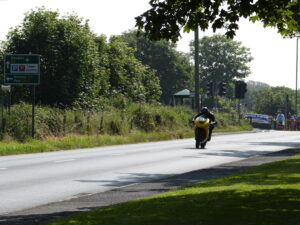 James is also back at Southern 100, the main highlight of the year for James looks set to be returning to the Manx Grand Prix where James has high hopes for the junior and senior races. Having had a successful Manx Grand Prix debut in 2013 which included a brilliant 3rd place finish in the newcomers B race the rider originally from Hunmanby has always being a fan of the Isle of Man TT, James ultimate ambition in racing is to compete at the worlds greatest road race.