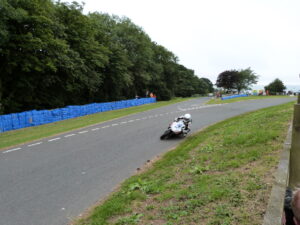 Hotties road racing team are greatly looking forward to next years road racing season. Competing for the team in 2014 are Michael Pearson and Paul Gartland. Michael Pearson is next year competing on a new ZX10 Kawasaki and on a 600 and 650 at the international road races alongside taking in a full season of racing including competing at the Horice road races and the Frohburg road races.

Paul Gartland has in 2013 had a top year of road racing which has included a 11th place finish in the Steve Henshaw international gold cup race at Oliver’s Mount and achieving top 20 finishes at the Southern 100. Paul next year is competing on a new GSX-R 600 Suzuki, ER6 Kawasaki and new for next year a 450 Kawasaki backed by Northern gas.

Paul is returning to the Manx Grand prix in 2014 alongside competing at the Ulster Grand prix and the Ian Watson spring cup road races, Cock of the north road races and Scarborough gold cup at Oliver’s Mount.