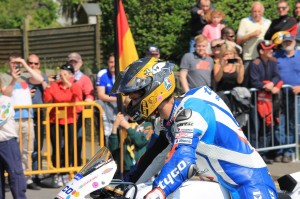 Guy Martin secured two podium finishes at this years Isle of Man TT. Tyco Suzuki by TAS rider Guy had a consistent practice which included lapping at over 130 mph, as ever expectations where high for the ever popular road racer in could he win his first TT race. 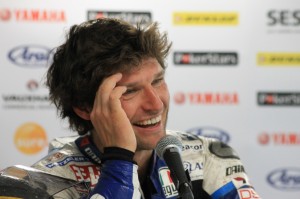 Dainese superbike race saw him produce arguably his best performance on the mountain course in the last three years finishing in second place after a fine ride throughout on Tyco Suzuki by TAS superbike.

Opening Monster energy supersport race would see a top six finish for Guy, although in the Royal London 360 superstock TT race technical issues struck it was a good performance from Guy who was getting the maximum out of Tyco Suzuki by TAS stocker.

10th place finish in second Monster energy supersport race followed, so final race of TT 2014 beckoned the Pokerstars senior TT. After a closely fought opening lap Guy held second place only 0.8 of a second behind race leader Michael Dunlop. Throughout the rider who is eleven times a winner at the Ulster Grand Prix was maintaining a top three position. 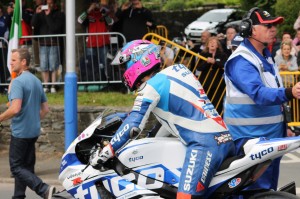 Guy went onto take third place finish to make it now fifteen podium finishes at the worlds greatest road race. Although a TT victory still eludes hugely popular Guy TT 2014 has being a good one for him in that he secured podium finishes for first time since 2011. Next road race coming up for Guy is the Southern 100 where he will be aiming to win for the third time the Southern 100 solo championship.