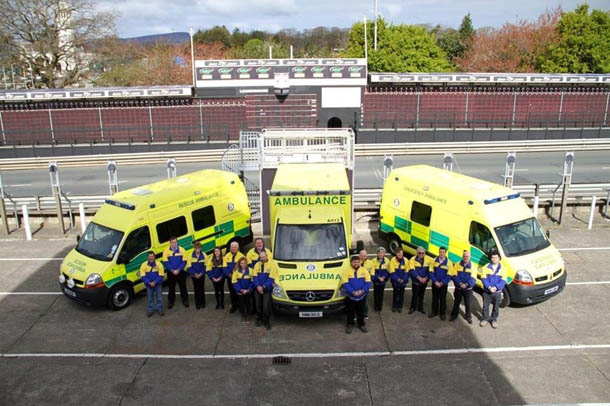 On Saturday 24th February 2018 the Phil Hogg Rescue Units charity are holding an auction event at the Great Western Palace Hotel, Isle of Man. Tickets are £2.50 Each and can be purchased from Alex Hogg on 01624 617873

Shaun Hogg, Phil’s brother, is asking for raffle or auction prizes to be donated to this great cause, signed pictures memorabilia etc is very much appreciated and already many superb items have arrived and are available to view on the Phil Hogg Rescue Units Page. 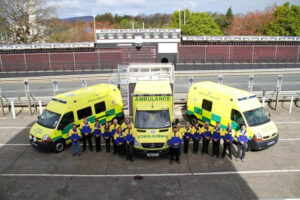 For any further information please contact Shaun on 07624427771 or email Shaun on hoggers50@gmail.com

Phil Hogg started his racing career in 1985 on a 350 Yamaha at the Isle of Man’s Jurby airfield circuit.

In 1986 he gained his National License and took part in his first Road Race on the Jurby Road course, finishing in the top half in all races. 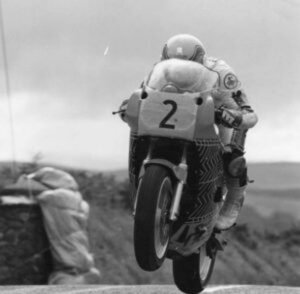 Phil’s finest hour was at the 1988 Manx Grand Prix. Wednesdays Junior turned out to be an eventful race with a spill at Governors Bridge followed by an unscheduled pit stop to check for any damage.

Even after this, he came 6th with his fastest lap in excess of 106 mph. Friday’s Senior saw Phil starting No. 2 in the starting order, which provided the ideal impetus to enable him to build a good lead over nearest challenger Paul Hunt.

At the end of the 1st lap, Phil broke the 20 minute barrier for a lap of the Mountain Course, recording a time of 19 minutes 51.2 seconds at a lap speed of 114.02 mph. The second lap was even quicker and Bungalow to Bungalow was in excess of 116 mph. Unfortunately, Phil came off at Cronk-Ny-Mona, breaking his wrist.

Tragically, Phil died during Friday morning practice at the 1989 TT.

That year, his family and many friends provided the finance for the first Phil Hogg Motorsport Rescue Unit, an Ambulance, which was converted to carry medical and rescue equipment for motorsport events, the Isle of Man’s first MSA (Motor Sports Association) registered Rally Rescue Ambulance.

The charity auction has been running since 1990 and as a family they wanted to put something back into the sport Phil loved, raising around £150,000 pounds over the years.

Now three ambulances are all used by volunteers at the TT Races, MGP, Southern 100 as well as many other events on the island, the charity is administered by Dr. David Stevens who also administers the Rob Vine fund.