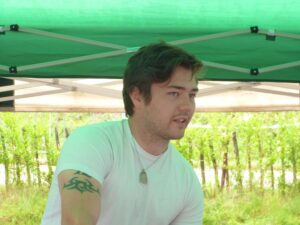 Gareth Keys is improving all the time in road racing. Gareth’s 2014 cock of the north road races got off to a great start with his first win around Oliver’s Mount winning opening senior B race.

Second senior A race would see the rider who made his Oliver’s Mount debut at Ian Watson spring cup road races this year produce a consistent and solid performance to secure 9th place finish. 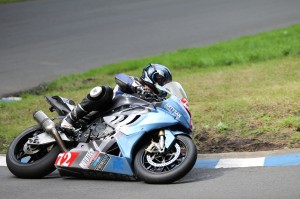 The feature cock of the north race was up next and following a closely fought start into Mere Hairpin Gareth worked his way through to 10th place, S1000RR BMW mounted rider went onto to record 10th place finish to round out weekends racing at the mount in top fashion.

Gareth considers Oliver’s Mount to be in his top five favourite road race circuits that he likes competing at, having won 250 race at 2013 Ulster Grand Prix Gareth is looking forward to returning to the hugely popular road race where is planning to compete on S1000RR BMW in superbike and superstock races.

Plus the rider who is aiming to make his Manx Grand Prix debut next year is Honda mounted for supersport races and ER6 Kawasaki for super twin races. Having made his road racing debut back in 2012 Gareth Keys is a rider who is more than capable in the future of running at the sharp end at all the international road races.