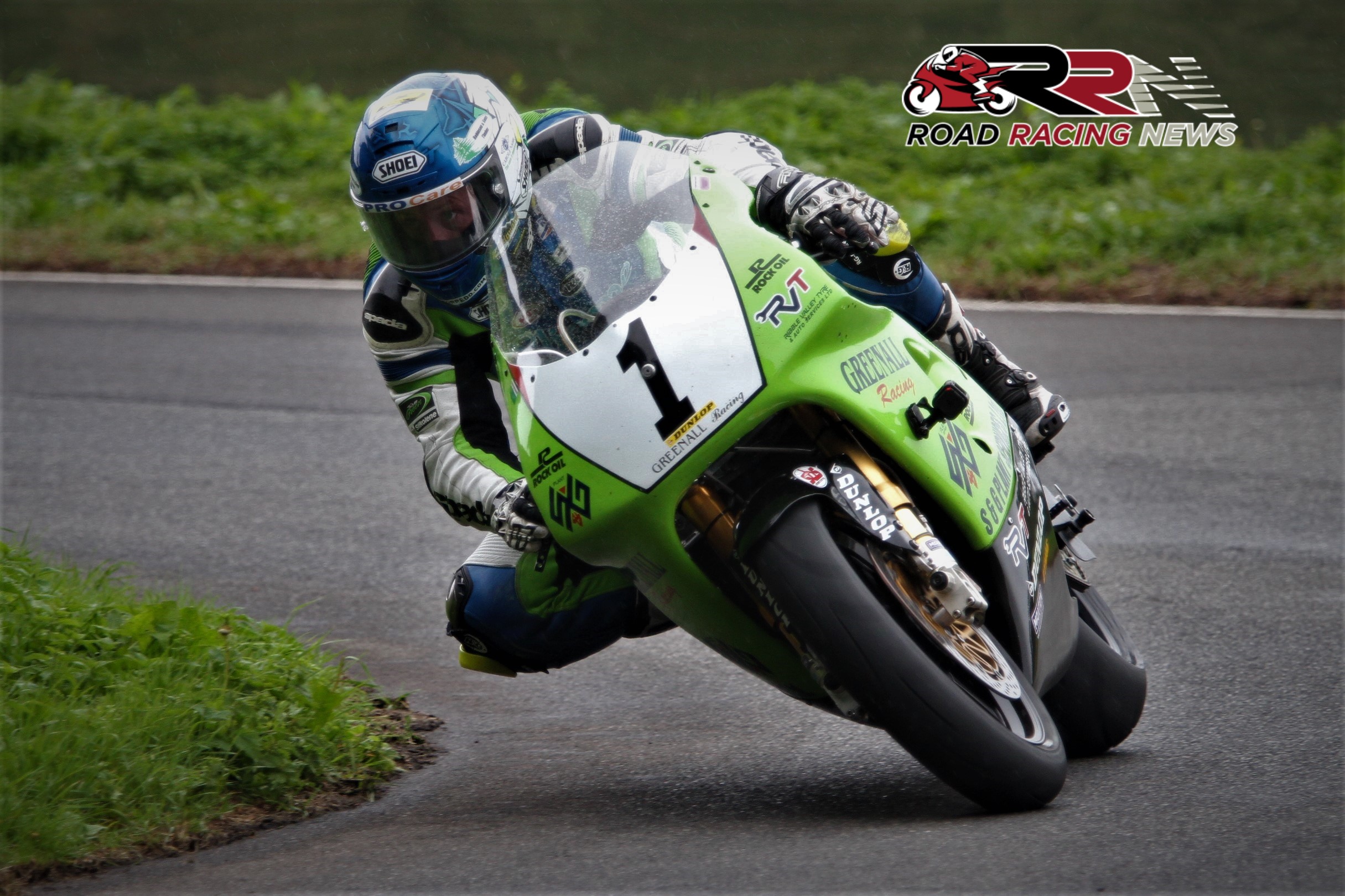 There was a sense of inevitability about Dean Harrison’s dominance in the showpiece eight lap Barry Sheene Trophy race.

1.1 seconds clear at the end of lap 1, the Mount maestro pulled five seconds plus clear on lap four prior to taking his fourth Barry Sheene Trophy title by almost 10 seconds.

Looking at one with the Greenall Racing Kawasaki, Harrison demonstrated in tricky conditions all round why he is rightly regarded now amongst the greatest Oliver’s Mount, Scarborough exponents from the 21st century. 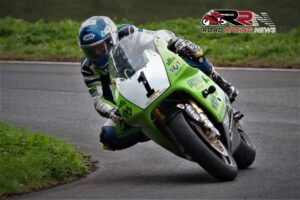 Behind Bell, a captivating battle for third was clinched on the last lap by Baxi Ducati mounted John Dieterman, who finished just 0.3 ahead of Melton Mowbray’s Dan Ingham.

Others to finish the eight lap race were: