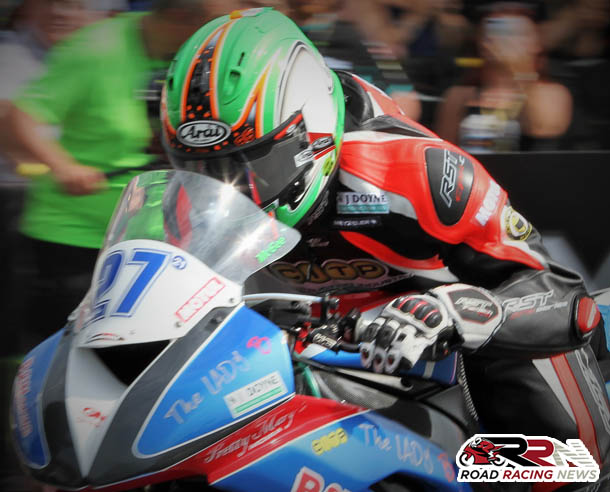 Holding throughout a 1.4 second plus lead over McAdoo Kawasaki’s Adam McLean, by the fifth and penultimate lap of the race, his race lead extended to in excess of 14 seconds, as Tobermore’s McLean on lap 4 in pursuit of McGee went up the slip road at Gransagh.

As McGee crossed the checkered flag on lap six, his advantage out front stood at almost 20.4 seconds.

Race runner up McLean in spite of his mid race error, like race victor McGee looks already an experienced specialist of the just over three miles long Enniskillen course. 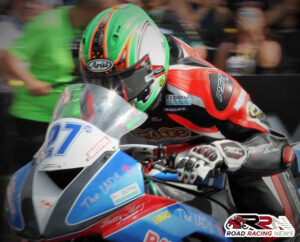 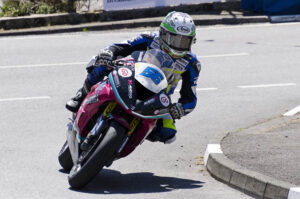