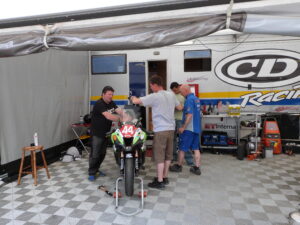 Derek Shiels and the CD racing racing team are all set for the 2014 road racing season. Derek is back with the CD racing team for 2014 and is returning to the Isle of Man TT where Derek this year achieved 23rd and 29th place finishes in the superstock and senior TT races, Derek lapped at over 123 mph this year and is greatly looking forward to improving his lap speeds.

Derek has proved this year that he is one of the most improved road racers overall. Looking to 2014 Derek and the CD racing team look set for a highly competitive season of racing, Derek is more than capable of causing a surprise or two at next years North West 200, Ulster Grand Prix and Isle of Man TT.