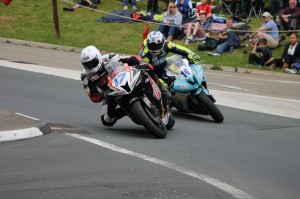 2014 has seen the 2008 junior Manx Grand Prix winner consistently produce eye catching performances which have included consistent performances at TT 2014 where he lapped in the 129.3 mph bracket. 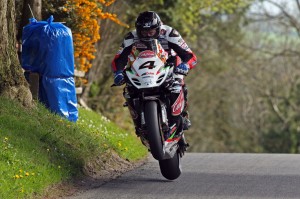 Grand final wins on his debut at Cookstown 100, Tandragee 100, Kells, Skerries, Walderstown, Faugheen 50 road races have been amongst the highlights of a tremendous years racing for the rider tipped by many to soon become an Isle of Man TT winner.

First international road race victory was secured by Dan in an ultra close superstock race at the Ulster Grand Prix. Victory by 0.001 of a second over Dean Harrison was arguably the standout race from 2014 action around the world’s fastest road race circuit.

Millsport racing having not competed at the international road races for two years are confident on their return to North West 200, Ulster Grand Prix and Isle of Man TT in 2015 that they can be in the mix for podium finishes.

For Dan Kneen next season looks set to be another enterprising one for the rider who has gone up a level in 2014 becoming part of the group of riders capable of winning at any pure road race which they compete at.