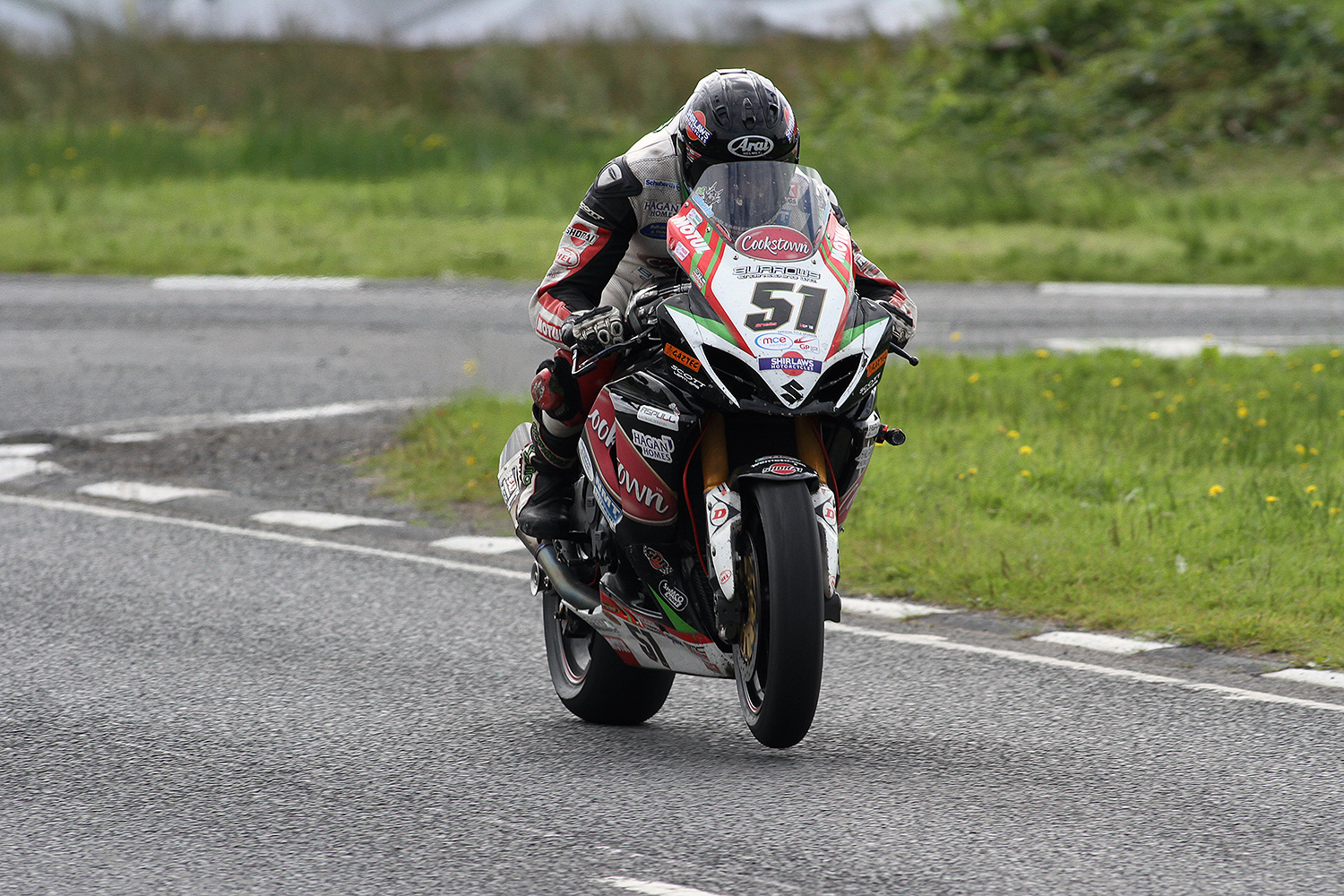 Having brilliantly qualified on pole position for the Dundrod 150 superbike race, the showpiece event of the Dundrod 150 races, would see Derek propel the Cookstown BE Racing GSX-R 1000 Suzuki to a highly creditable seventh.

He began race day at the Ulster GP with another seventh place finish, this time in the superstock race, on his own teams ZX10R Kawasaki backed by Shirlaws Motorcycles. 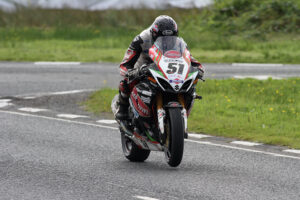 This result was backed up by an excellent second place finish in the super twins race, as Derek secured his first podium finish, at an international roads meeting.

Action around Dundrod concluded, with another high quality result, finishing tenth in the second superbike race.

“The Super twins race was obviously the highlight of the meeting for us. It was great to see Derek Sheils on an International podium for the first time and Derek McGee was very unlucky not to be up there with him.

After this meeting, in my opinion, Derek Sheils has to be considered a rider of International quality.

Aside from the Super twins achievement, the Irish and Ulster Superbike Champion finished top ten in the three Superbike races and broke into the group of elite riders who have lapped the 7.4 miles circuit at over 130 mph.