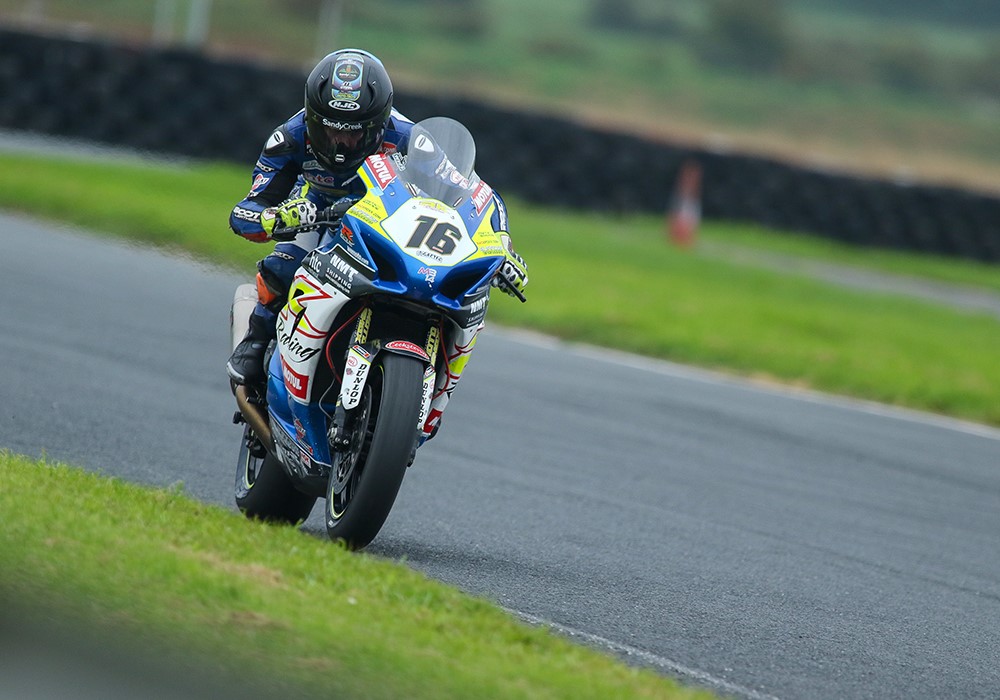 Fresh from top five finishes at the most recent Ulster Superbike Championship meeting at Kirkistown, BE Racing In Conjunction with Richardson Kelly Racing’s Michael Browne goes into this weekend’s Cookstown 100 confident of contending for strong results.

“It was good to get out at Kirkistown and also to get another run on the big bike, so we’re happy enough. We had a few issues with the Supersport bike but we did the Masters round at Mondello Park and then Kirkistown, so we seem to have the bike spot-on now for Cookstown.

I’ve come away from those two races with a good bit of confidence now leading up to the Cookstown 100. Everything was new to me last year at Cookstown, the bikes, the team and everything else, so I don’t have any excuses this time!

Come Saturday evening, realistically I’d want podiums on the 600, although I’m not sure what to expect on the big bike. But I wouldn’t really be happy with anything less than a podium in the Supersport races to be honest, especially with a few of the main riders missing this weekend.

With all the work John and the team have put in this year, it’d be nice to try and pay them back with some good results at Cookstown.”

“We went to Kirkistown at the weekend to give Mike the chance to transition between both bikes and plus it was convenient for the team because we could arrive on the Friday night, race on Saturday and then come home on Saturday night, which was a plus.

But the main reason was to offer Mike the opportunity to be able to ride the Yamaha R6 and Suzuki GSX-R1000 back-to-back, which is not something we’ve really done this year, with the exception of Armoy.

It was actually the first time that Mike ever raced at Kirkistown, albeit he has done plenty of test days there. The entry list featured Alastair Seeley and Michael Dunlop, who need no introduction and you also had Scott Swann, a regular in the British championship.

With that in mind, fourth place for Mike was probably what we would have expected and I thought he did a tremendous job to grab that fourth place in the Supersport race.”

“Mike also did personal best times on both bikes and finished fifth in the Ulster Superbike race, so he ticked all the boxes for us. He will be our sole rider for Cookstown and we’re putting full focus on him.

Mike’s in a good frame of mind and I believe he will do a good job. It will be hard to top the class in any race but hopefully Mike will be in there fighting for the podium.

He always gives it 100 per-cent so hopefully we can avoid any mechanical issues and everyone has a good, safe run at the weekend.”

RRN Podcast Series 4 Episode 11 – So Much To State