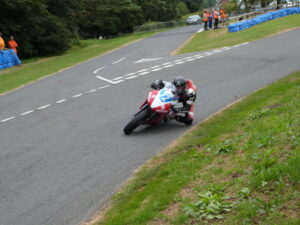 Connor Behan is competing this year for the first time at the Isle of Man TT for KMR Kawasaki. Connor made his Manx Grand Prix debut in 2013 in the newcomers A race producing a superb performance when competing on a 636 Kawasaki Connor finished in second place and produced the quickest lap of the race with a lap speed of over 115 mph.

Connor in 2013 in his first full year of road racing proved he was a natural talent on road race circuits, Connor’s 2013 season included a brilliant senior support win at the Armoy road races, top five finishes at Oliver’s Mount, podium finish on debut at Cookstown 100 and runner up overall in both senior and junior support Irish road race championships.

For this years Isle of Man TT Connor is competing on a ZX6 Kawasaki and ER6 Kawasaki in the supersport and lightweight TT races. Connor is also taking in a full year of road racing and will be aiming to continue his rapid progress on road race circuits.