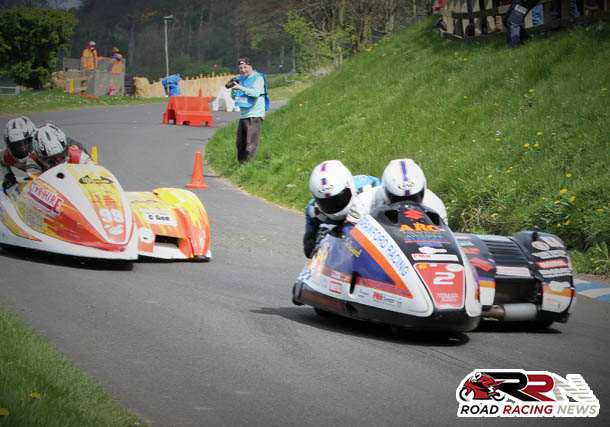 Manx TT legends Dave Molyneux/Dan Sayle go into this weekend’s Cock O’The North Road Races at Oliver’s Mount, in determined mood, as they aim to get their 2017 season back on track.

Recently the Sidecar greats, took their TT podium finishing tally’s up to 30 and 15 respectively, following third place within the opening Sure Sidecar encounter of TT 2017. 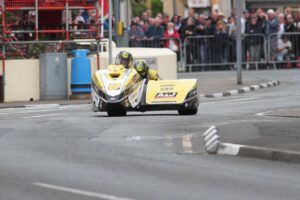 For many the firm favourite for three wheeling honours on Saturday and Sunday, the A&J Groundworks DMR Yamaha powered duo, will prove extremely hard to beat.

Amongst those out to topple the TT giants include multiple times winners at Scarborough, father and son duo, Steve Ramsden/Matty Ramsden.

More than capable of finishing in front of their well decorated contemporaries, they have quite possibly the most colourful machine, to grace the second Scarborough meeting of 2017.

Rising star Lee Crawford, tipped to in the near future, become the Sidecar force to beat at the mount, is another contender for race wins.

Set to be joined by former TT winner Patrick Farrance, he has the proven pace to wrap up race wins, same applies to Printing Roller Services backed Conrad Harrison/Andy Winkle.

You cannot discount them from contending for honours in the four three wheeling encounters this weekend. 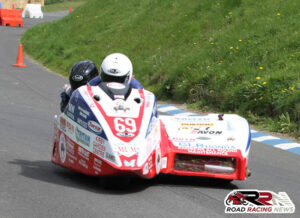 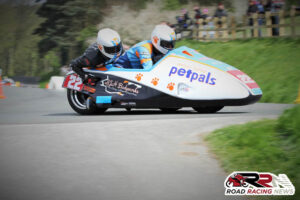 Added outfits to keep an eye on include the Lowthers John and Jake, Greg Lambert/Julie Canipa, Dave Wallis/Scott Hardie and Dean Lindley/Robert Bell.

With one of the strongest Sidecar line up’s assembled in recent years for the Cock O’The North, world class three wheel action, is a virtual guarantee. 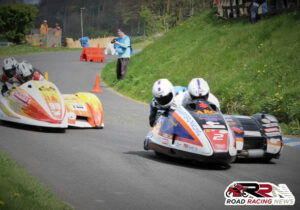 Will the established guard continue to rule the roost, or will it be one of the rising Scarborough stars, enjoying success a plenty, we will all know, in just over three days time.