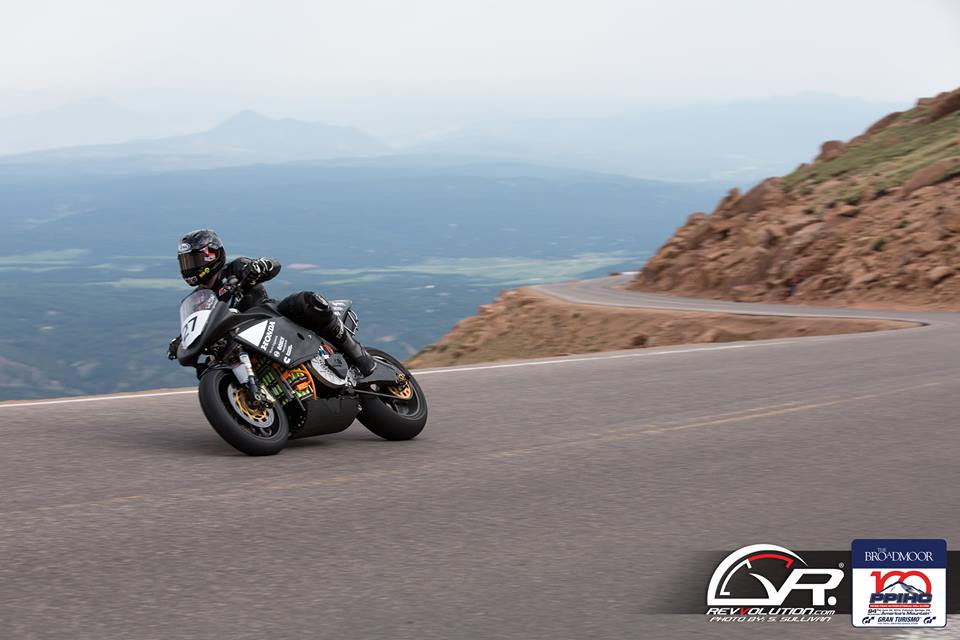 The 95th running of the world famous Pikes Peak International Hill Climb, takes place this week, with multiple different classes of machinery gracing the event based in Colorado, America.

In my opinion, Pikes Peak is at present, the nearest you will get to a real roads meeting, in North America.

Obviously in essence it’s a hill climb, one that provides unique challenges a plenty for competitors, in particular the high altitude of the 19.99 kilometres long course.

From the outside looking in, when you watch the on board footage, it does have a sense of pure road racing about it.

The smooth roads, monitored closely by trees a plenty, the picturesque views, evokes thoughts in my mind, of some parts of the most famous road racing circuit in the world, the Mountain Course. 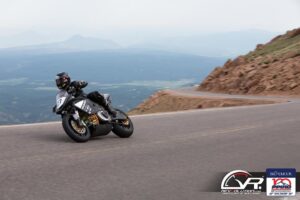 With this in mind, it’s no wonder that well known roads figures such as Buckeye Current race team’s Rob Barber, Thilo Gunther and Rafael Paschoalin are returning this year.

31 riders are set to compete this week at Colorado, across six different classes, which are: Electric Bikes, Electric Powersport, Quad Bikes, Heavyweight Division, Middleweight Division and the Lightweight Division.

As at the TT Races, final finishing positions, are determined on the timing sheets, as riders push for the best times possible around the Pikes Peak mountain.

Since the 1970’s motorcycles have formed an important of one of America’s greatest and most prestigious motorsport events.

The full Practice/Qualifying/Race schedule, for the 95th Pikes Pikes International Hill Climb, is as follows:

08:00 AM – Beginning of the 95th Pikes Peak International Hill Climb