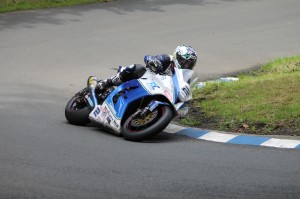 Mark Goodings was seventh, Tom Weeden a good eighth and leading supersport 600 mounted rider. Gareth Keys and David Hewson rounded out the top ten during a race which provided a high quality eight laps of action around Oliver’s Mount.