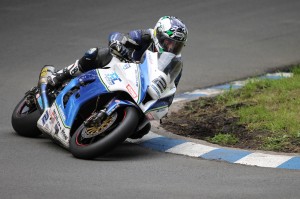 Fine conditions all round greeted riders as the feature cock of the north race sprung into life with Lee Johnston storming into race lead at Mere Hairpin on East Coast racing CBR 1000 Honda Fireblade.

Soon though Dean Harrison was into the lead on RC Express racing ZX10 Kawasaki as Ivan Lintin wasn’t to far behind Lee Johnston now in second place.

By end of opening lap Harrison had 0.998 of a second lead over Johnston with Lintin occupying third place whilst James Cowton rounded out the top four.

Laps 2 and 3 saw Dean Harrison build up race lead to over three seconds as his bid for back to back cock of the north feature race victories went up a level, Lee Johnston maintained second place but Ivan Lintin and James Cowton where pushing the two time winner at this years North West 200 close. 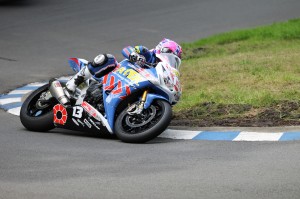 Fourth lap and positions within the top five remained the same as Robert Wilson and David Hewson where close together battling for sixth place.

Harrison’s lead grew further on lap five whilst Johnston, Lintin and Cowton’s battle for second position continued with nothing in it, Dan Frear was leading supersport 600 mounted rider in sixth place whilst Robert Wilson rounded out the top seven.

James Cowton suffered a highside at Farm Bends which meant Daley Mathison was now into fourth place, Daley competing on Hol Taj/Team classic Suzuki backed superbike has being showing excellent form all weekend at cock of the north road races.

Lap six and the action was hotting up for second place with Lintin pressuring Johnston in what was a great battle between two extremely talented riders.

Final lap and Dean Harrison on RC Express racing Kawasaki superbike proved he is riding on a crest of a wave at this moment in time by taking cock of the north feature race victory by 8.5 seconds over second place finisher Ivan Lintin. 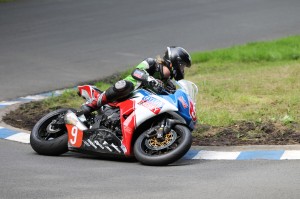 Ivan edged out Lee Johnston on lap 8 for runner up position after a wonderful race between two riders who have both produced their best seasons so far in road racing careers.

Gareth has adapted greatly to Oliver’s Mount since making his debut at the mount at Ian Watson spring cup road races and has the potential in the future to run at the front in superbike races at Scarborough gold cup. 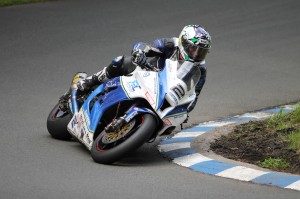 Dean Harrison’s fabulous season continues with feature race victory at cock of the north road races, Dean and RC Express racing Kawasaki’s progression in recent years has being remarkable since they first teamed up at 2012 Southern 100.

Could a debut Ulster Grand Prix win be on the cards soon? we all soon know this but for now 2014 cock of the north road races belonged to Dean Harrison and RC Express racing Kawasaki.